Politics and Policy: How 10 billion people can spare the Earth 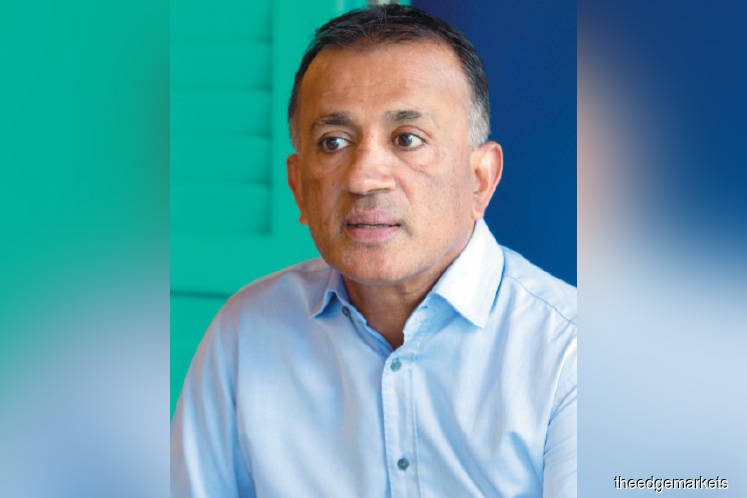 AS the path of endless economic growth thrusts the world towards ecological catastrophe, the need for a radical shift in direction is becoming clearer by the day. Debunking the blind belief in market solutions and technological fixes, Chandran Nair (picture) argues that only a strong state can ensure equitable development and prevent the depletion of resources that is threatening our survival. First in Consumptionomics: Asia’s Role in Reshaping Capitalism and Saving the Planet (2011), and now in The Sustainable State: The Future of Government, Economy and Society, Nair lays bare the fallacies that are used to justify irresponsible capitalism and keep crowded, resource-constrained nations locked in a frenzy of consumption.

The Edge: Very briefly, what is the core issue that is being addressed in The Sustainable State?

If countries with large populations, like China and India, pursue Western-style economic growth, they will destroy the world. There simply aren’t enough resources for that.

Unfortunately, there is very little understanding of what really needs to be done before it is too late.

The conversation around sustainability often ends at the environmental impact of production lines and supply chains — an important concern, but a tiny bandage over a toxic wound. We talk about how to make our increasing production and consumption more resource-efficient when we should actually talk about how a global population of 10 billion by 2050 must produce and consume less.

To make matters worse, there are many false solutions that are preventing people from recognising the gravity of the situation.

In my view, only a strong state can ensure that everyone gets to enjoy a decent quality of life and save the planet from the catastrophic results of the current development pathway.

In your new book, you refer to Singles Day as an extreme example of mindless consumption and the damage it causes. Can you share the data that illustrates your point?

Singles Day, Nov 11, was originally a time for China’s youth to celebrate their singlehood. Thanks to e-commerce companies like Alibaba, it is now the largest shopping day in the world. In 2017, Alibaba alone sold US$25.3 billion worth of merchandise — a lot of it probably unneeded — in just 24 hours, beating the previous year’s record by 40%.

The 2018 event set yet another record, with Alibaba grossing US$30.8 billion in total sales, a 27% increase over 2017. Moreover, this excludes its growing online sales.

China now sells more in a single day than all of Brazil sells in an entire year.

Then think about the carbon footprint of delivery and all that waste packaging — hundreds of tonnes of it. Finally, there is the huge cost of disposal of unused or wasted products. All these costs are not paid for because the whole attraction of Singles Day is that prices are at their lowest, seducing buyers by externalising cost.

What do you say to people who think you are an environmental activist, against development or anti-Western?

In some 30 years spent travelling around the world and working on development, environmental and sustainability issues, I became convinced that only a strong state can help large developing nations to navigate today’s sustainability challenge.

These nations need a new narrative on sustainable development because the scale of the challenge and the level of impact they face have never been experienced by the West and never will be. Yet leadership on this issue has only been provided by the West.

My hope is that leaders in the developing world will rethink their approaches and expectations regarding development, growth and sustainability.

What false solutions do you see being used?

There is a school of thought that essentially argues that “everything will be fine”. It denies that there could be a trade-off between development and sustainability, as the free market will eventually self-correct. Technology would provide a panacea for social problems. As resources become scarcer, resource prices will increase, and companies will be encouraged to create more energy-and resource-efficient products. This would encourage innovators and inventors around the world to develop new technologies to keep costs low.

The market needs signals, like high input or resource prices to encourage the development of technologies that support sustainability. As long as costs are externalised and resources underpriced, markets will go along for the free ride because of the logic of good profits to be made.

The fact is that without intervention from the state, the market signals and business opportunities that motivate technologies will not emerge.

You also talk of the colonised minds of people in the developing world. Could you elaborate on this?

One of my aims in writing this book is to get the world’s non-Western elites, who are comfortable with Western ideas, to think again about the future of their countries. They have much at stake to face the global sustainability challenge.

People in this elite class have usually attended Western colleges and graduate schools, and likely spent part of their lives in Western cities. They may even have worked for Western multinationals. They may have close connections with important and prominent people in the West.

So, when it comes to sustainability challenges, they rely on Western ideas rather than fresh ones, even though they live at the front line. Rather than go to Yangon, Dhaka or Chennai, they would rather go to the comfortable surroundings of Harvard, MIT or Cambridge.

What is a good example of strong state intervention to ensure sustainable development?

China is perhaps the best example of the strong state in the developing world today. Over the past few decades, it has successfully used government intervention, support and protection to pursue a single social goal: poverty alleviation and, by extension, wider social well-being.

Despite its flaws, China’s alternative road to development has lifted half a billion people out of poverty over several decades — a record unmatched in human history.

But although China is a clear example of how state strength can be oriented to the social good, its current path will not be enough to ensure survival in a resource-constrained 21st century.

Much of China wants a Western lifestyle and that level of consumption is unsustainable for a nation of over a billion people.

Already, awareness is growing in China at many levels of the need for environmental protection. Its state-driven development gives it the tools to create a more sustainable economy as resource constraints kick in.

For example, in October 2017, China announced an increase in its environmental tax. Beijing imposed a national tax on polluting companies, raising the burden on large state-owned chemical and energy companies by between 40% and 300%.

We can disagree with China’s non-democratic nature, but it clearly has a better track record in improving the lives of ordinary people and in a shorter time than many other developing countries.

Could it have done this without strong state action?

So what is your plan of action?

The first and most fundamental task for governments is to frame a clear political philosophy about what a sustainable state and society would look like. This philosophy, with well-defined sustainability pillars, should drive policy and decision-making.

The first pillar concerns land. States in large developing countries should focus on their large rural population, ensuring that these people are stable and well fed. States should not recklessly encourage urban migration in a mad rush to modernise.

The second pillar is education. Giving people important skills and training is clearly necessary for both urban and rural development. Too often, education is focused on the very top of the income scale, as opposed to the whole range of careers and skills needed for any country and, especially, large developing nations.

The third pillar is mobility. People and goods need to be able to travel from one place to another with a certain level of ease and speed, whether that is within a single community (that is, public transport within a city) or across the whole country (that is, a rail network connecting towns and secondary cities).

The fourth pillar is healthcare. It is most important to start with disease and infection prevention. This means improving sanitation and the quality of water, food, nutrition and shelter, as well as cleaning up and reducing pollution.

The fifth pillar is housing. This is especially important in urban areas of the developing world, where the combination of a growing population and government neglect can lead to serious unaffordability crises.

The sixth pillar comprises energy and the environment — two things that, in our hot future, are closely connected. The government needs to ensure that everyone has equal access to some minimum level of energy. But it must do so in a way that does not threaten common resources and a population’s access to them.

Businesses, for their part, have the data that helps a government map out where exactly resources are underpriced. Civil society will play a role as well. Civil society groups provide a mechanism to help communicate ideas and conditions to the government.

Each country faces its own set of economic, environmental, and political conditions, so the specifics of each country’s transition to a sustainable state will be different.