Politics and Policy: A case of one party in two coalitions 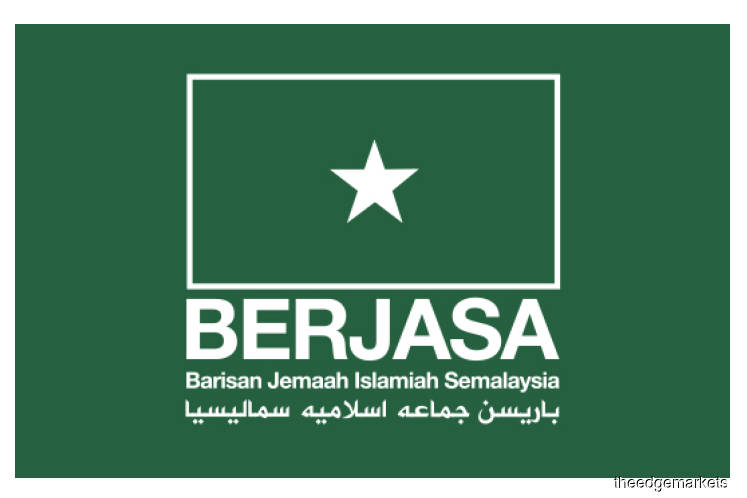 BARISAN Jemaah Islamiah Se-Malaysia (Berjasa) is a PAS splinter party formed in 1977 by disgruntled leaders. But over the years, the party has patched up with PAS. Hence, they have been working closely in elections.

Currently, Berjasa is a member of what is known as Gagasan Sejahtera, a coalition of so-called Islamist parties, among which PAS is dominant. Another member is Parti Ikatan Bangsa Malaysia (Ikatan), a small party formed by former Umno minister Tan Sri Abdul Kadir Sheikh Fadzir. Despite its name, the party is predominantly Malay.

Both parties are not influential but are, nevertheless, welcomed with open arms by PAS into Gagasan Sejahtera if not for anything else, to make up the numbers. But, according to some observers, they act as fillers in campaigning for PAS to help Datuk Seri Abdul Hadi Awang’s party win elections.

Of course, Hadi’s explanation is that the coalition was formed as an answer to the Pakatan Harapan-Barisan Nasional (BN) schism. But this was said before PAS’ marriage with Umno and embracing of BN as seen in the Tanjung Piai by-election.

Small and not influential Berjasa and Ikatan might be, but Berjasa in particular has its band of supporters. The support comes from conservative Malay-Muslim non-governmental organisations and people who are labelled by some as hardline Malay Muslims. In politics, numbers matter, and big or small political parties would take it all the same.

So, it would not be wrong to say the party can serve its purpose for PAS. It can go where PAS cannot go and say what PAS cannot say openly.

In the Tanjung Piai by-election, many expected Berjasa to sit it out. This is only natural (although not logical, but in politics, logic usually takes a back seat) as the party, being a component of Gagasan Sejahtera, must follow the tone set by PAS.

But no, Berjasa is contesting the by-election, fielding its president, Datuk Dr Badhrulhisham Abdul Aziz, no less. Why? Berjasa says it is standing against the PAS-BN consensus as the latter had “betrayed the aspirations” of Tanjung Piai Malay-Muslim voters by fielding a non-Muslim candidate.

Apparently, Berjasa acted without the blessings of PAS, the big brother in Gagasan Sejahtera. To some observers, that is risking a break-up of Gagasan Sejahtera, although they admit the coalition is not a substantial political force.

And as if to heat things up, PAS has asked for an explanation and is reported to have called on its supporters not to give even a single vote to the Berjasa candidate. In addition, Hadi has reportedly said that PAS will re-examine its relationship with Berjasa.

But to long-time PAS watcher Mohd Sayuti Omar, all this is wayang kulit or shadow play. He even accuses the Berjasa candidate of being a PAS proxy.

However, Ilham Centre CEO Mohd Azlan Zainal does not agree. “The decision to contest Tanjung Piai is because Berjasa is frustrated at Umno-PAS not fielding a Malay candidate. The party, together with NGOs Isma (Ikatan Muslimin Malaysia) and GPS (Gerakan Pengundi Sedar), had lobbied strongly as they felt the demographics of the constituency is ideal for a Malay candidate to contest, but the request was ignored,” he says.

Proxy or no, Sayuti is among those who believe that PAS wants to be part of Gagasan Sejahtera as well as the Muafakat Nasional pact with Umno and its BN components, playing a prominent role in both coalitions.

A political observer puts it this way: “Hadi is placing or positioning himself to be prime minister should his party win the most number of seats in the 15th general election as according to his calculations, PAS can do a better job than a scandal-tainted Umno.”

To the observer, Hadi “just needs non-Malay votes in urban and semi-urban areas through MCA and MIC in the coalition, which PAS is in by virtue of its pact with Umno. That is what MCA and MIC are needed for”.

The observer sees Hadi as an astute politician who “can constantly change his party’s stand according to the needs of his political agenda — which is why he can work with Umno, MCA, MIC even though the parties might not subscribe to PAS’ policies”.

He is obviously referring to PAS’ stance in Tanjung Piai where the party is supporting the MCA candidate despite having “decreed” previously that Muslims must only vote for Muslims. Hadi and Co have come up with an array of justifications.

According to the observer, PAS has no problem being in two coalitions “as long as it can get the best of both worlds”.

In 1990, Umno splinter party Semangat 46, led by Tengku Razaleigh Hamzah, formed two coalitions and featured in both. One was known as Gagasan Rakyat — made up of his party with DAP, Parti Bersatu Sabah and the Indian Progressive Front — a multiracial line-up.

The other was named Angkatan Perpaduan Ummah (APU) — made up of Malay-Muslim parties where Semangat 46 sat with PAS, Hamim and Berjasa, and there was the Indian Muslim party Kimma.

Both coalitions, despite their different ideologies and policies, were united in naming Tengku Razaleigh as their choice for prime minister should they win federal power.

Their strategy was simple. Gagasan Rakyat would garner the moderate Malay and non-Malay votes while APU was to bag the Malay-Muslim votes, particularly in the rural areas.

They failed to topple the BN federal government, then under the leadership of Datuk Seri (now Tun) Dr Mahathir Mohamad in the 1990 general election.

There were many reasons, but one of them was that the rakyat were not convinced that the two coalitions could cast aside their differences and work together to rule the country. And they were baffled as to which coalition would be calling the shots had they won.

As PAS was in APU back then, it ought to know the story. I don’t know if there were lessons to be learnt, but by the looks of it, PAS now wants to do what Semangat 46 did in 1990.

At the time of writing, PAS could not reached for comments.