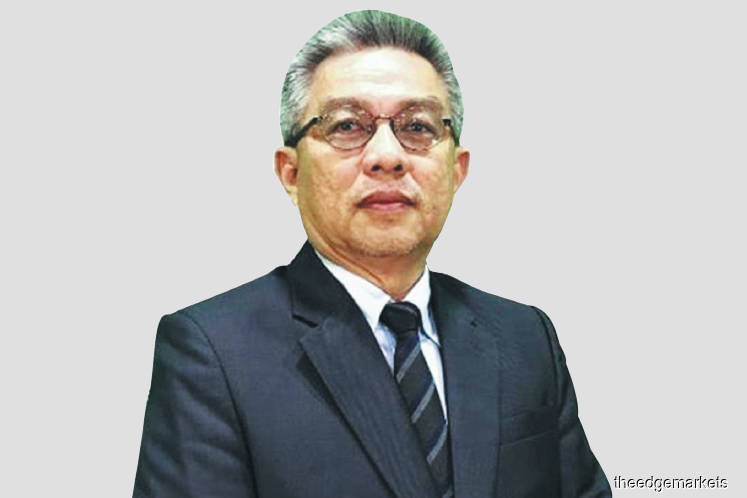 It is also not helping Adham’s cause that his deputy, Datuk Dr Noor Azmi Ghazali, has been found flouting the Movement Control Order (MCO).

A few days ago, Adham accused the previous government of failing to contain the tabligh cluster, without which, he said, Malaysia would only have had small clusters of Covid-19 infections.

A major cluster emerged from the tabligh missionary gathering at a mosque in Sri Petaling near the federal capital from Feb 27 to March 1. During that period, the nation was distracted by the infamous political turmoil that saw the Pakatan Harapan (PH) government being ousted and replaced by Perikatan Nasional.

Adham had criticised the PH government’s lapse during a video conference with Umno president Datuk Seri Ahmad Zahid Hamidi, which was uploaded on Facebook.

Although I do not think the minister should play the blame game, what he did is understandable in the light of what he had gone through as the outbreak escalated.

Adham is seen as being overshadowed by Health director-general Datuk Dr Noor Hisham Abdullah, who has received plaudits at home and abroad for his handling of the pandemic.

Even Adham’s video conference with Zahid made the news but for the wrong reasons. Again, he was subjected to much ridicule.

Perhaps he had to resort to the blame game because of the brickbats he got for gaffes like recommending that people drink warm water as a quick way to kill the coronavirus.

Furthermore, Zahid had told him in the video that he must appear more often on social media as well as conventional media “so that people will see that the health minister is in the front line together with the prime minister and other senior ministers in overcoming the Covid-19 issue”.

That is when he went on to talk about his video conference with his World Health Organization (WHO) colleagues from “500 countries”, to the amusement of the whole nation, a slip that he has since rectified.

But Adham’s accusation against the PH government pales in comparison to the allegation made by former prime minister Datuk Seri Najib Razak.

Najib has accused the previous government of going against the WHO’s recommendations by downplaying a warning issued by the world body.

He had cited a Feb 12 report by Malay daily Sinar Harian, which quoted then health minister Datuk Seri Dr Dzulkefly Ahmad as saying that “there is no need to postpone activities involving the public, including festivities, or to close schools, as advised by the WHO”.

Did the PH government go against the WHO’s recommendations? What was the advice given by the WHO that the previous government was said to have not followed?

On Feb 12, WHO Western Pacific regional director Dr Takeshi Kasai issued a statement warning Malaysia and other countries that it was time to prepare for the possibility of a wider transmission of the novel coronavirus that causes Covid-19.

The disease, said Kasai, was at “a critical juncture” and “while we must continue efforts to contain its spread, it is also time for all countries, including Malaysia, to prepare for the possibility of wider transmission”.

According to Kasai, there were reports of clusters of cases with no apparent link to China and the latest information suggested that the virus may be more transmissible than early data suggested.

“This does not mean that the virus will start spreading easily within Malaysia or elsewhere tomorrow or perhaps ever — of course, we hope that it won’t,” he said.

Kasai added that while countries worked hard to contain the virus, there should be preparedness in case it spread more widely.

On the same day, the Ministry of Health (MoH) responded via a detailed statement issued by Dzulkefly.

He said the ministry was very concerned that the WHO statement may cause undue alarm among Malaysians. However, he also said the ministry appreciated the concerns expressed by the WHO and viewed this as a recommendation for early preparedness by Malaysia to face the possibility of wider transmission of Covid-19 infections within the country.

“Based on MoH’s most current assessment, the situation of Covid-19 infection is under control and in the early containment phase. MoH will continue to strengthen preparedness for the possibility of the next phase, that is, at containment and subsequently the mitigation phase,” said Dzulkefly.

He went on to state the various agencies involved in managing the situation, the formation of the Malaysia-Singapore joint working committee, inter-Asean ties to manage cross-border infections, the number of laboratories operating to detect the disease and other efforts in fighting Covid-19.

He ended his statement by saying that “MoH will continually update the public on any latest development of this infection in a timely manner and in addition, MoH will ensure the appropriate prevention and control activities are implemented effectively”.

Readers can draw their own conclusions concerning the allegation made by Najib and the statements made by Kasai and Dzulkefly.

The main issue now is to stop the blame game. Instead the focus must be on current efforts as well as future measures to fight this invisible but deadly enemy. Flattening the curve now is paramount.

The prime minister must lead the way while the health minister must provide leadership, which can complement that provided by our Health director-general. The expertise of the nation’s many health experts must be harnessed so that the best outcomes can be achieved.

The government must come up with an exit plan quickly. Many, even among the government’s allies, are calling for it. The MCO and the stimulus package are commendable but are not sufficient in the long run.

The MCO cannot go on for long without exacting a huge price. The nation must know what plans are being formulated to wind down the MCO in order for it to find its economic footing once again. Too many people have suffered and are still suffering.

Enough of politicking to score political points. The government must not politicise the distribution of food aid to the rakyat. Please adhere to the call made by the prime minister himself, who said help will be given to all Malaysians. No one will be left out.

We are in this together — government, opposition and the rakyat. In the words of WHO director-general Dr Tedros Adhanom Ghebreyesus, this is a shared threat we are facing. We can only face it together and we can only overcome it together.

Said Ghebreyesus, “When we act together — countries, regional and global alliances, health organisations, the media, the private sector and the people everywhere — our collective strength is formidable. Alone, we lose. Together, we win.”