Politics and Policy: Angling for young voters to win elections 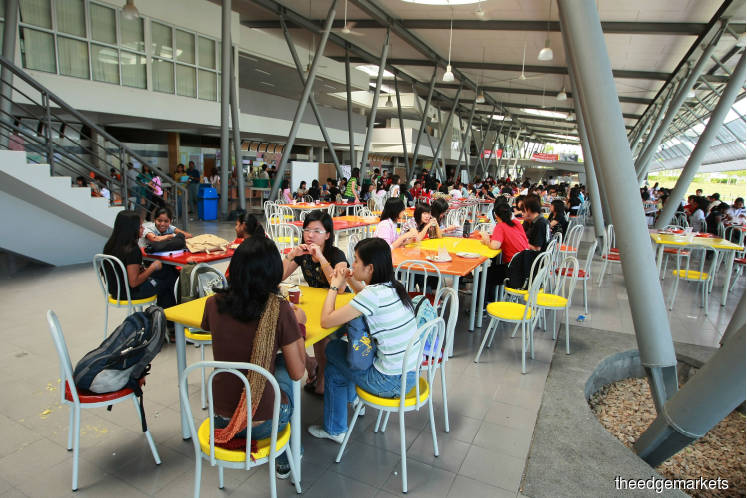 WHEN 211 members of parliament unanimously voted last week for a constitutional amendment to lower to 18 years the voting age and minimum age for election candidates as well as to introduce automatic voter registration, it was hailed as a historic moment of bipartisanship.

It is not often that we get to see the opposition bloc joining the government backbenchers in supporting a government initiative in parliament.

Does this mean that we finally have in our midst MPs who have the will to vote based on what they truly feel is the right thing to do and are not blindly doing so or are forced to do so by their party whip?

It may seem that is the case now as far as the lowering of voters’ age, or Undi 18 as it is known, is concerned. But then, all political parties had indicated their support even before the amendment was tabled in parliament.

Politicians being politicians, I cannot help but wonder if they had tussled with the question of what was in it for them to support the amendment. Surely, they asked what political benefits they would gain by the lowering of the voting age, automatic registration and setting the minimum age for election candidates at 18?

All that would certainly have been considered. In addition, they would do it to give the youth their rightful voice to determine how the country is run, and as an acknowledgement of the political maturity of the young, right?

But some analysts say it is Pakatan Harapan that stands to lose by having the voting age lowered. So why then did it table the amendment? Why didn’t it keep quiet and carry on as usual? Perhaps, it truly felt it would be good for the nation and this was one of the reforms it had been talking about.

Well and good, then. According to some analysts, PAS could get the ultimate benefit from Undi 18, although Pakatan Harapan may claim credit for the ambitious move. If that is true, then Umno stands to gain as well, considering that the party has established a pact with PAS to topple Pakatan Harapan.

According to a report in The Straits Times, analysts that the Singapore newspaper spoke to said while all the parties stood to gain from a larger electoral pool, the country’s ethnic groupings could skew it towards them more than others.

Independent opinion pollster Merdeka Centre estimates that the proportion of bumiputera voters will rise from 62% to 64.1% with the lowering of the voting age to 18. Bumiputera would mean Malays as well as the Orang Asli and other native communities, the majority of whom are against Pakatan Harapan.

Dr Oh Ei Sun, senior fellow at the Singapore Institute of International Affairs, was quoted as saying: “As the global Islamisation wave intensifies and as PAS has been unrelenting in its efforts, including towards the very young, it is only expected that PAS will be the chief beneficiary of the lowering of the voting age to 18.”

So, it is obvious that PAS and Umno, for their own political interests, supported Undi 18, which was initiated by Pakatan Harapan. I cannot say they should be blamed for that. It is about wresting power and winning elections, after all.

So, the target would be the young Malay voters. Expect racial and religious sentiments to be played to the hilt.

Will the young be taken in by such rhetoric? The analysts I spoke to say political maturity is not about acting on sentiment. The young have minds of their own and deserve respect.

A veteran journalist friend, Zin Mahmud, posted on Facebook that “lowering the voting age must go hand in hand with education on democracy, without which there will be chaos in the country”.

It is unlikely that education on democracy will come through the schools. Not anytime soon as, according to Education Minister Dr Maszlee Malik, school is for studies and where students gain knowledge. It is not where they learn how to get into politics.

To DAP leader Lim Kit Siang, Undi 18 is a personal dream come true, having made the suggestion to lower the voting age back in 1971.

Yet, he was quoted by The Straits Times as saying the move was akin to political suicide for Pakatan Harapan as it would generate an army of anti-establishment voters for the next general election.

Anyway, Lim said Undi 18 would motivate Pakatan Harapan to improve and use the unhappiness of voters as the catalyst for change.

I am not disputing that PAS and, by extension, Umno are set to gain from Undi 18 — by getting the votes of young Malays. The global Islamisation wave that Oh talked about, as I see it, is sweeping through the country’s Malay community, young and old. We now have born-again Muslims. And the “born-agains” in any religion, more often than not, adopt a holier-than-thou attitude. I would say born-again Muslims appeal to PAS, in particular, and Umno, in general, simply because PAS likes Umno.

But it is also a fact that there are many Malays, including the young, who are not keen on PAS particularly and Umno. They are afraid of PAS’ perceived hardline Islamic stance. Thus the accusation that PAS is “Talibanised”.

So, it is not all doom and gloom for Pakatan Harapan. It can win support if it works on the pledges it made in GE14.

A substantial number of Malay Muslim votes and the solid backing of non-Muslims irrespective of age did the trick on May 9, 2018. It could well work again.

The ball, as they say, is in Pakatan Harapan’s court. I think it knew what to do when it tabled Undi 18 in parliament. It must have surely thought of the consequences to its political interests. After all, its members are politicians too.