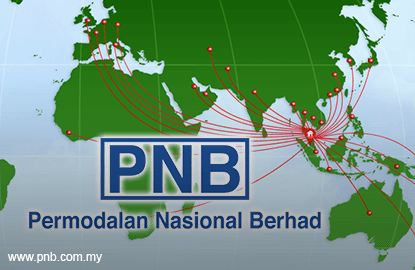 STATE-owned fund management company Permodalan Nasional Bhd (PNB) is understood to be looking to lock an additional 90 days into the price validity period for the construction of its skyscraper KL118, sources say.

The previous price validity period expired at the end of August.

Checks reveal that PNB executives have verbally sought a three-month extension but have not given anything in writing yet.

Nevertheless, this paints a very different picture for the players involved.

Officials of both UEM and MRCB (fundamental: 1.30; valuation: 2.60) were not available for comment. Thus, it is not known how the two local companies and their respective partners feel about the 90-day extension and whether they would oppose it.

Reports have it that the construction portion is in the region of RM3.3 billion to RM3.4 billion but that’s not certain yet.

An analyst who covers the construction sector says though the borrowings for the project are likely to be from local sources and material costs are low, market sentiment is bad, which could make things difficult.

“PNB should have little difficulty with funding but there could be issues like business prospects, dealing with a slowdown,” he says.

When contacted by digitaledge Weekly, an executive of one of the bidding companies says, “It’s not a big deal … it’s normal for companies awarding large-scale jobs to do that.”

However, some in the construction industry are perturbed by the extension.

An executive with an international construction outfit says, “In the current situation, with the depreciating ringgit and bleak economic environment, it’s not very safe; there is a lot of risk for the contractors. Some of the old-timers will remember some large-scale projects being delayed in the late 1990s as a result of a weakening ringgit.”

Some of the more prominent developments that were delayed are Duta Grand Hyatt, Plaza Rakyat (both of which have yet to get off the ground), Vision City, which is now Quill City Mall, and other neighbouring developments. Work on Menara Telekom was also delayed. Initially, it was slated for completion in mid-1998 but was delayed for two years.

According to Telekom Malaysia’s annual report for the year ended Dec 31, 2001, there was a potential claim for recovery of loss and expenses totalling RM527.5 million for the construction of Menara Telekom. However, following a series of negotiations, the contractor accepted RM91 million as full and final settlement.

“It’s the old-timers like me who have been through the 1990s who will be more cautious,” the executive with the international construction outfit remarks.

Another industry executive says construction margins, which are already thin, could be further compromised if the extension of the price validity period does not work in the contractor’s favour.

“There are so many variables; it’s hard to gauge how the ringgit will fare, so it’s difficult for the [construction industry] players to estimate the impact,” the executive adds.

Nevertheless, most parties spoken to see UEM-Samsung as the front runner.

In its financial year ended Dec 31, 2013, UEM registered an after-tax profit of almost RM1.1 billion on revenue of

The provision of engineering-based infrastructure and services is UEM’s mainstay. Wholly owned by Khazanah Nasional Bhd, the company has an established track record and global operations. It has delivered key infrastructure projects, including expressways, bridges, buildings, urban transit, water infrastructure, airports, hospitals, township and property development, and asset and facility management, for the public and private sectors.

Its wholly-owned subsidiary UEM Builders Bhd, which undertakes the group’s construction projects, posted an after-tax profit of RM130.6 million on revenue of

Samsung, meanwhile, has participated in the building of many of the world’s tallest skyscrapers, including the 452m Petronas Twin Towers and the Burj Khalifa in Dubai, which is currently the highest building in the world at 828m and 163 storeys high.

In its first quarter ended March 31, 2015, MRCB posted a net profit of about RM298 million on revenue of RM934.5 million. Last Thursday, the stock closed at 85 sen, giving the company a market capitalisation of RM1.5 billion.