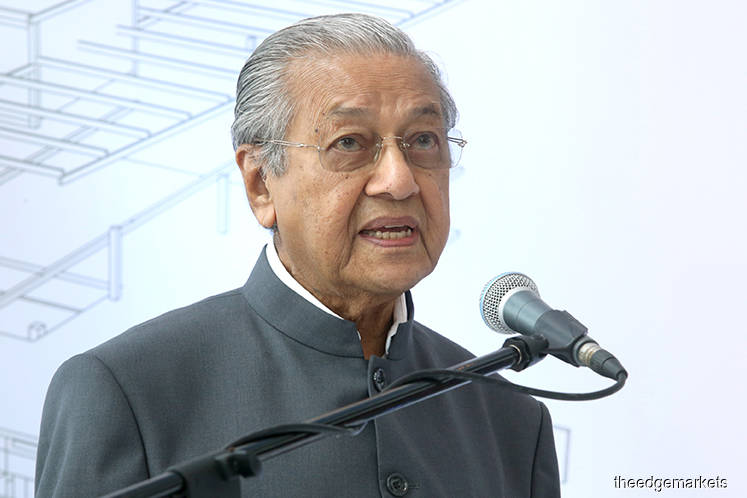 “The main thing now is that number one, we preserve the identity of the airline as a Malaysian airline, and number two is that any proposal does not involve the sacking of [Malaysia Airlines] staff,” Dr Mahathir told reporters at the Parliament lobby yesterday.

When asked whether the government is willing to give up part of its shareholding in Malaysia Airlines to Singapore Airlines Ltd, Dr Mahathir said all proposals will be taken into consideration. “We are studying all the proposals, some are concrete and some are merely verbal proposals. We don’t ignore anyone,” he said.

The government, he added, is also willing to give up its “majority” stake in Malaysia Airlines, though it will ensure that Putrajaya “has a say” in the running of the airline.

“The government does not want to be bailing out Malaysia Airlines so many times. But, at the same time, the government wants to have a say. So, we may not have a majority share, but we have to preserve some government role,” he said when asked if the government is willing to relinquish a strategic stake in the airline.

“All options will be evaluated to find the best solution. We have changed the management of the airline many times. Everyone promises that they can turn around the company, but in the end they all failed.

“This time around, we don’t want to give [control of the airline] without really studying the capabilities of the people who may want to take over the airline,” said the premier, adding that there is no time limit for the government to make a decision on national carrier’s fate.

In the Dewan Rakyat earlier yesterday, Dr Mahathir shared that among the many proposals received by the government for Malaysia Airlines included the acquisition of its entire equity stake and a name change so that it will no longer be related to Malaysia.

“There have been many proposals by consortium, companies, and entrepreneurs. We have not made a decision yet. Whatever measures we take, we will ensure that the name of the company remains related to Malaysia. We cannot sell the company and destroy the name altogether,” he said.

Dr Mahathir was responding to Datuk Seri Mustapa Mohamed (PH-Jeli), who asked the prime minister to state measures the government have taken to revive Malaysia Airlines, and how effective they have been.

Dr Mahathir said although Malaysia Airlines’ sole shareholder, Khazanah Nasional Bhd, has embarked on a restructuring plan to bail out the airline, these efforts were not reflected in the airline’s financials.

He was referring to the RM6 billion 12-point Recovery Plan Khazanah initiated in 2014, which included laying off 6,000 employees.

“Malaysia Aviation Group (the holding company of Malaysia Airlines Bhd) is now working with Khazanah to formulate a new strategy to revive Malaysia Airlines. The government welcomes any proposal to revive it, including acquisition by the private sector,” he said.

“Much effort has been put in to rescue Malaysia Airlines, with many changes in their management [and] they all promised their strategy would work, but they all failed. That is why today we face a situation that we may have to stop flying Malaysia Airlines,” he said.