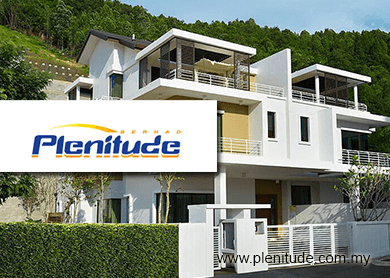 KUALA LUMPUR: Property developer Plenitude Bhd said it is exercising its right to compulsorily acquire the remaining shares in The Nomad Group Bhd (Nomad) after it gained a more than 90% stake in the latter.

In a filing with Bursa Malaysia yesterday, Plenitude (fundamental: 2.7; valuation: 1.4) said it has posted the notice of compulsory acquisition to the dissenting shareholders of Nomad to offer them the same offer price of RM1.25 per Nomad (fundamental: 0.9; valuation: 1.1) share.

Subject to the provisions of the regulatory bourse, Plenitude said it shall be registered as the holder of all remaining Nomad shares not already owned by the group after the expiration of one month from the date of the notice of the compulsory acquisition, or after 14 days from the date of the statement of the names and addresses of all other dissenting shareholders, is posted to the dissenting shareholder upon his or her request — whichever is later.

To recap, Plenitude had previously offered to buy the remaining Nomad shares it did not own by issuing new Plenitude shares of RM2.50 each for every two Nomad shares. On June 10, Plenitude announced that it has received valid acceptances of more than 90% of Nomad’s shares, which led to its compulsory takeover offer yesterday.