Pitfalls & Pitch calls: Investing in the light of the coronavirus 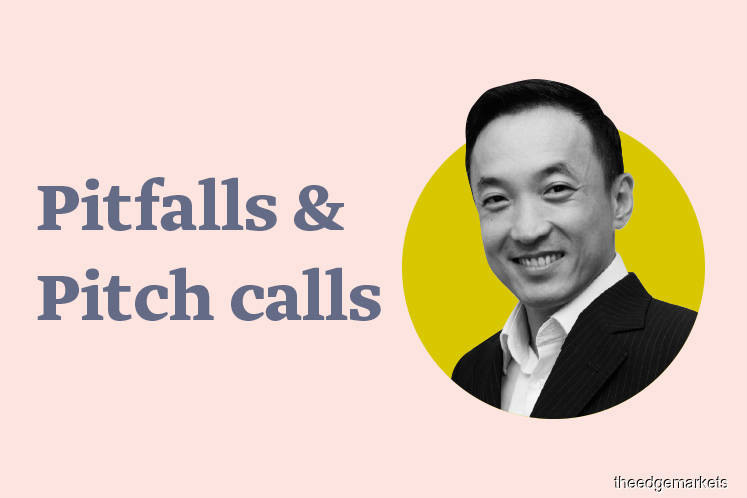 Happy Chinese New Year and Gong Xi Fa Cai! This New Year, no one would have been spared from conversations that centred on the deadly virus that is spreading in and from China.

The 2019 novel coronavirus (2019-nCoV) has been identified as the cause of an outbreak of respiratory illness first detected in Wuhan, China. At the time of writing, the virus has spread to 27 countries, with at least 17,000 confirmed cases and a death toll of 361.

SARS killed nearly 10% of the 8,096 people it afflicted in 29 countries. A total of 774 people died as a result of the virus, according to the World Health Organization (WHO). MERS was even more deadly, claiming about 30% or 858 of the 2,494 confirmed cases.

Fortunately, the 2019-nCoV is less virulent, with a mortality rate of about 2%. But it seems to be more contagious, with at least 17,000 people infected within two months.

While it is still early days with limited information, investors are closely monitoring the situation of the virus outbreak. Drawing from the experiences of previos coronavirus epidemics, the 2019-nCoV may last another two to four months. The number of confirmed cases is likely to escalate in the weeks ahead as it is the busiest travel period of the year in China due to the Lunar New Year festival.

The good thing is that the Chinese authorities are putting in more measures to curb the highly contagious virus. Having learnt from the previous scourge of SARS, China is reacting swiftly to the 2019-nCoV by notifying WHO about the outbreak in less than a month after the first infection was confirmed on Dec 8, 2019, compared with SARS, which took three months for the global organisation to be informed. Furthermore, they are taking more decisive measures such as imposing travel restrictions in Wuhan and extending the public holiday to avoid more contagion during the Lunar New Year season.

Rising concerns over the coronavirus epidemic have stalled the market rally. Stock markets around the globe have retreated from their historical highs since the outbreak hogged the headlines. Historically, however, the impact on stock markets by disease outbreaks have usually been short-lived.

Looking at the severity of the virus alone, given that the 2019-nCoV is less virulent, the impact on stock markets may be limited in the medium term if China manages to keep the outbreak under control. It is premature to determine the economic impact of the coronavirus as it largely depends on the scope of infection.

However, judging from previous epidemics, the 2019-nCoV is unlikely to derail an anticipated economic recovery. The SARS outbreak in early 2003 caused China’s GDP growth rate to drop 2% over a three-month period, but a V-shape recovery started as soon as the number of cases began to stabilise.

No doubt the new virus outbreak will cause more downward pressure in the market, but the tailwinds for economic recovery are still mostly intact, given a low-interest-rate environment, relief from the US-China phase one deal and the likelihood of more stimulus from the Chinese authorities to counteract the outbreak’s economic hits.

On top of that, the negative impact of the coronavirus on consumer spending is expected to be relatively lower than the previous virus outbreaks as e-commerce, online media and food-delivery services are far more developed now compared with the SARS outbreak in 2003. The epidemic will cause consumers to shun public spaces and reduce spending on bricks-and-mortar shopping, restaurants and entertainment. But online consumption is likely to be unaffected and may even benefit from a shift in spending from offline to online.

Against this backdrop, it is not surprising to see a correction in the market, especially in airlines, travel agencies, restaurants, bricks-and-mortar retailers and gaming counters. However, investors should monitor the number of cases closely to gauge the severity of the current epidemic before positioning for a recovery.

The pandemic would also give a boost to healthcare and online retail names as the spike in demand would drive the top line of the companies. Also, consider having some income-generating assets to provide consistent cash flow that serves as a buffer in the volatile investment environment. And it would be great to have some exposure to gold for portfolio diversification to hedge against any unexpected development of the virus.

Lastly, as most of you already know, there have been a few confirmed 2019-nCoV cases in Malaysia. So, I reckon avoiding enclosed spaces such as a plane and washing your hands frequently may be better than a Darth Vader mask. Dramatic fake news aside, the situation should be monitored for new developments. Stay safe.