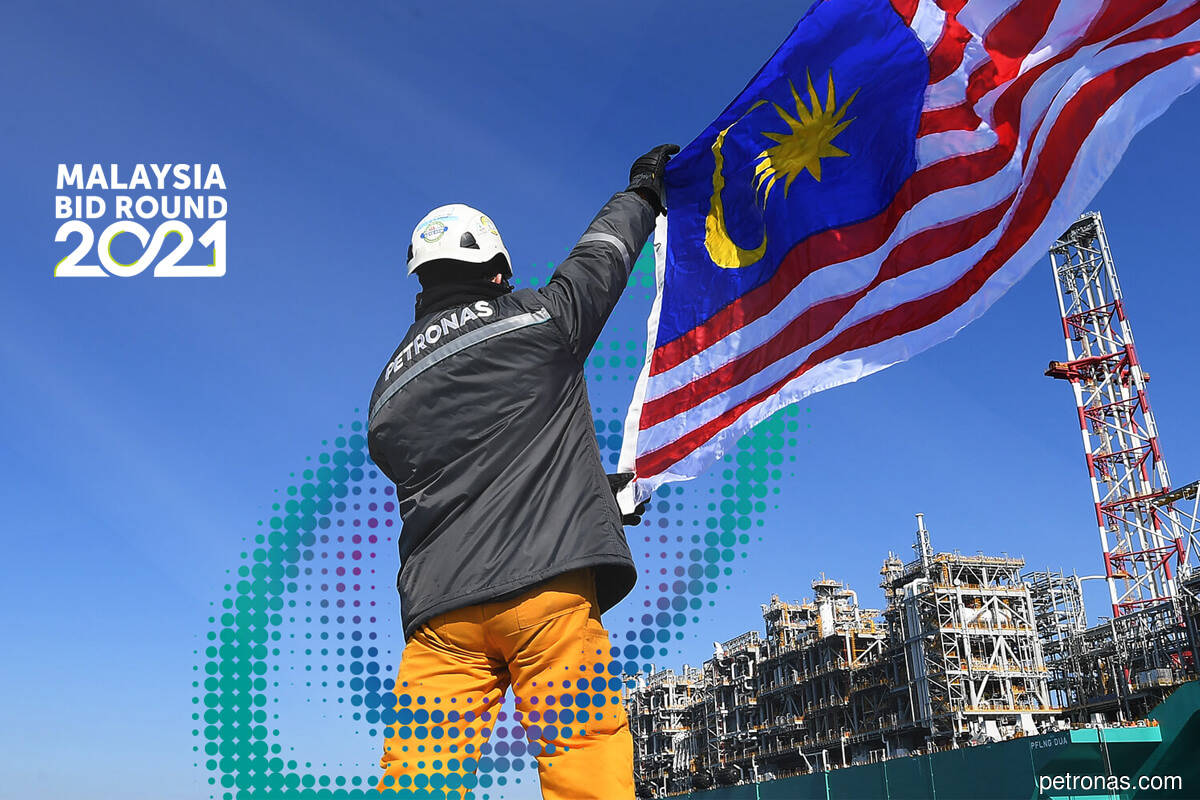 KUALA LUMPUR (March 1): Petroliam Nasional Bhd (Petronas) has launched the Malaysia Bid Round (MBR) 2021, under which the company is offering 13 oil and gas exploration blocks to open up more investment opportunities for investors to explore and monetise hydrocarbon resource potentials in Malaysia.

Following the MBR 2021 launch, Petronas said it will host a virtual data room which will be accessible from today until Aug 6, 2021 to allow potential investors to conduct data room reviews anywhere and anytime within the bid round period.

Subsequently, the bid evaluation exercise is expected to take place between August and September 2021 and Petronas plans to award the production sharing contracts (PSC) to successful bidders before the end of the year, according to the company.

"For this year’s bid round, Petronas has introduced three new PSC terms. The first is the enhanced profitability PSC terms (EPT) which will be applied to nine shallow water blocks, out of the 13 blocks offered. The EPT terms are formulated based on the feedback received from industry players to provide more attractive returns under current market conditions. The new small field assets  and late life assets (LLA) PSC terms introduced recently, were also developed based on market feedback to provide opportunities for industry players with niche capability to extract greater value from discovered resources and LLAs.

Meanwhile, Petronas said it is offering three large areas for study arrangement. The first is the area to the south of the Malay Basin with pre-tertiary and basement emerging plays yet to be explored.

The second and third areas cover deepwater at north of Luconia that extends north easterly to Sabah, which could have extension of proven plays, the company said.

Petronas senior vice president of Malaysia Petroleum Management (MPM) Mohamed Firouz Asnan said in the statement that as an industry, the oil and gas sector needs to continue with exploration activities to seize the immense opportunities that the energy transition presents.

"If we don’t, we would then position ourselves out of the new energy equation," Mohamed Firouz said.

“While exploration and production opportunities may appear everywhere around the world, I believe you will find "advantaged barrels" here in Malaysia in diverse forms and when you seize the right opportunities that complement your portfolio, you will not only balance but also strengthen your portfolio.

"We hope to see new investors this year including existing players, to further grow their portfolio in Malaysia,” he said.

According to Petronas’ statement, apart from issuing and managing petroleum arrangements in Malaysia, Petronas through MPM also plays its role as the country’s oil and gas industry shaper and investment enabler by providing stewardship on upstream petroleum activities in Malaysia.

MPM, which is the single contact point for investors into Malaysia’s oil and gas industry, is a unique feature differentiating Petronas against its peers globally, according to the company.