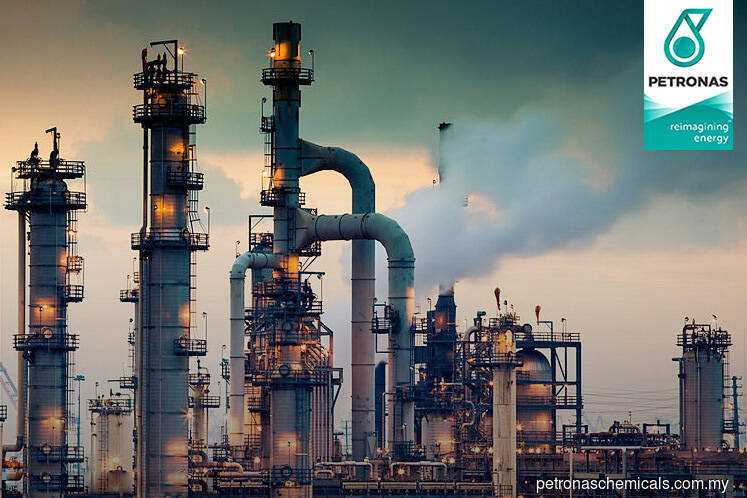 Ebitda declined by 44% year-on-year to RM915 million in 3QFY19 largely due to compressed margin. This resulted in a lower earnings per share of 7 sen for 3QFY19 compared with 15 sen for 3QFY18.

Quarterly revenue also dropped 24% to RM3.67 billion from RM4.83 billion in 3QFY18,  mainly due to lower product prices, partially offset by higher sales volume and the weakening of the ringgit against the US dollar.

On prospects, PetChem said the results of the group’s operations are expected to be primarily influenced by global economic conditions, foreign exchange rate movements, utilisation rate of its production facilities and petrochemical products prices, which have a high correlation to crude oil price, particularly for the olefins and derivatives segment.

In a statement today, PetChem said its plant utilisation was at 93% in 3QFY19, higher than 91% in 3QFY18, which resulted in a 2% year-on-year increase in production volume. It has a total combined production capacity of 12.8 million tonnes per year.

Meanwhile, PetChem managing director and chief executive officer Datuk Sazali Hamzah said its new plants at the Pengerang Integrated Complex in Johor remain on track to commence commercial operations by the end of the year.

"We are now in the process of stabilising the plants to deliver additional capacity of a new product range to meet our customers’ requirements," he added.

AmInvestment Bank Bhd analyst Alex Goh is maintaining its FY19 to FY21 earnings forecast for PetChem as its 9MFY19 net profit of RM2.47 billion was within research firm's and street forecast.

Goh said PetChem's 9MFY19 net profit accounted for 67% and 69% of the research firm's and street FY19 full-year earnings forecast respectively for the group.

AmInvestment is keeping a "hold" recommendation on PetChem, with an unchanged fair value of RM7.80.