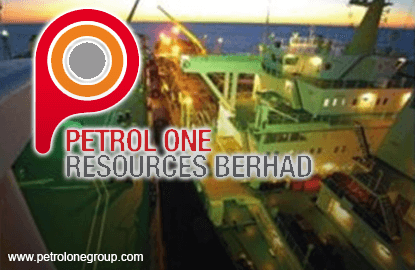 In a filing with the bourse, Petrol One said the agreement was signed between its indirect wholly-owned subsidiary Petrol One Offshore Sdn Bhd (POOSB) and Dalian Jinzhou Heavy Machinery Co Ltd (DJHM).

Under the contract, POOSB will provide a supply base measuring 5 acres on a plot of land located adjacent to the Port of Tanjung Pelepas in Johor, along with warehouse and logistic support, agency services and custom clearance, and marine support services.

Meanwhile, DJHM will pay a fee for the support services at a rate of cost plus 5%.

Petrol One said it will announce the cost of the project at a later date, as the two parties to the agreement are still in the midst of finalising details of the project's cost.

“The support services agreement is expected to contribute positively to the consolidated earnings per share of Petrol One for the financial year ending June 30, 2018,” the company said.

Trading in Petrol One’s shares has been suspended since 2014. The counter was last traded at 5.5 sen.