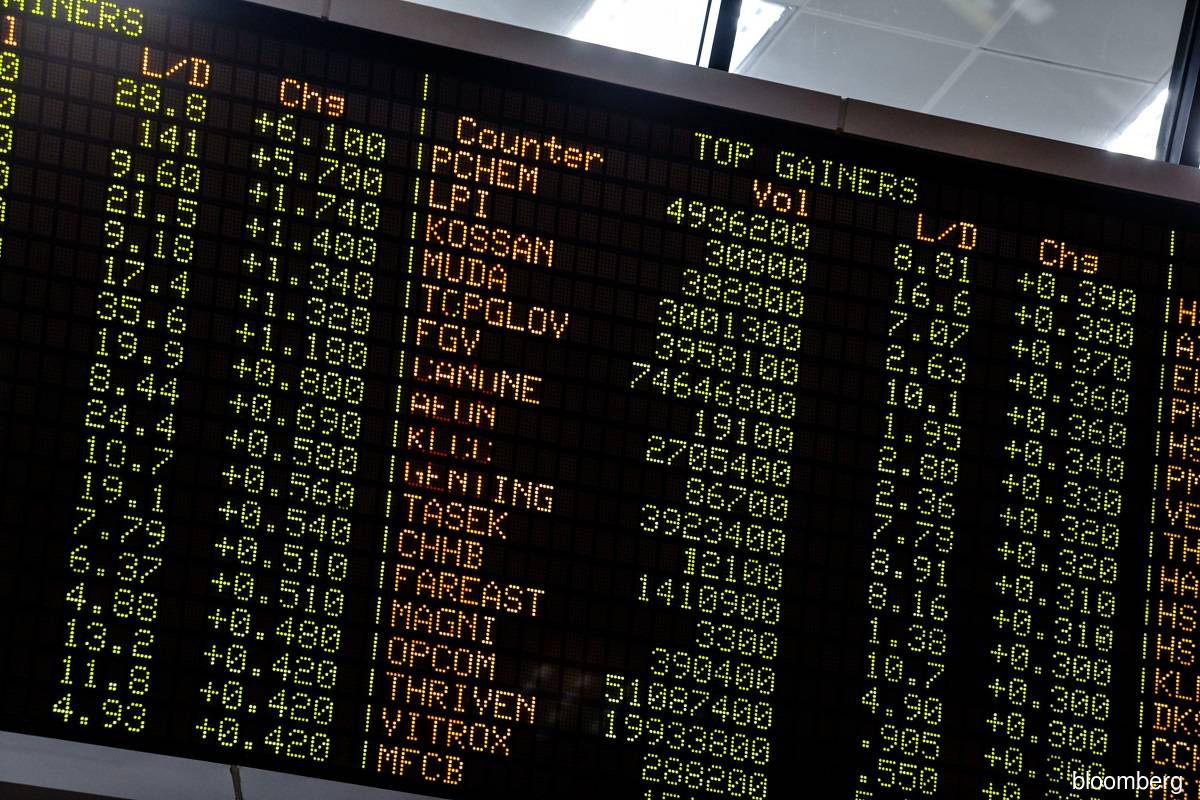 KUALA LUMPUR (Aug 7): Frenzied trading interest in penny stocks has driven Bursa Malaysia's trading volume to 26.65 billion units — the highest ever level on the stock exchange. Indeed, this is the fourth record-breaking volume this week.

The volume of 26.65 billion today is double of 13.13 billion recorded on Monday. The daily volume has been above 13 billion each trading day, an evidence of robust trading activities among the retail investors as well as the proprietary day traders. Glove, Tech and Gold — the darlings

Looking at sector-based indices, sectors related to the pandemic thematic play have been the sought-after targets. On top of that, the steady climb in gold prices has also drawn investors' interest in jewellers and gold miners.

The Healthcare index, which counts rubber glove manufacturers as constituents, rose by 9.53% from last Friday to close at 4,301.4 points today. As for the Technology index, it climbed 13.15% to 54.74 points.

Stocks that has seen heavy trading interest throughout the week are Borneo Oil Bhd, XOX Bhd and Pegasus Heights Bhd.

Of the top 20 most traded counters, only two did not exceed one billion shares change hands. (see chart)

For the top gainers, in terms of percentage, the list was also dominated by gold-, technology- and rubber glove-related stocks.

One notable mention is glove-dipping line HLT Global Bhd, which finished 72.6% higher for the week.

In value terms, it is no surprise that the big rubber glove manufacturers (Top Glove Corp Bhd, Supermax Corp Bhd, Kossan Rubber Industries Bhd) were among the top gainers this week. On top of that, jewellers like Poh Kong Holdings Bhd and Tomei Consolidated Bhd were also on the list.

Shareholders of these companies should be popping champagne now as all of their share prices leapt to all-time highs although economic uncertainties remain on the horizon.

During the week, an increasing number of counters hit limit up. For example, today alone saw five counters reach their upper limits, with 12 seen yesterday.

Consequently, Bursa Malaysia has also stepped in to modify the upper limits of such counters, including the likes of Tomei, HLT and its warrants A (HLT-WA), Notion VTec Bhd and its warrants C (Notion-WC), ES Ceramics Technology Bhd and Oceancash Pacific Bhd.