Payment revenues in Malaysia seen growing faster than before 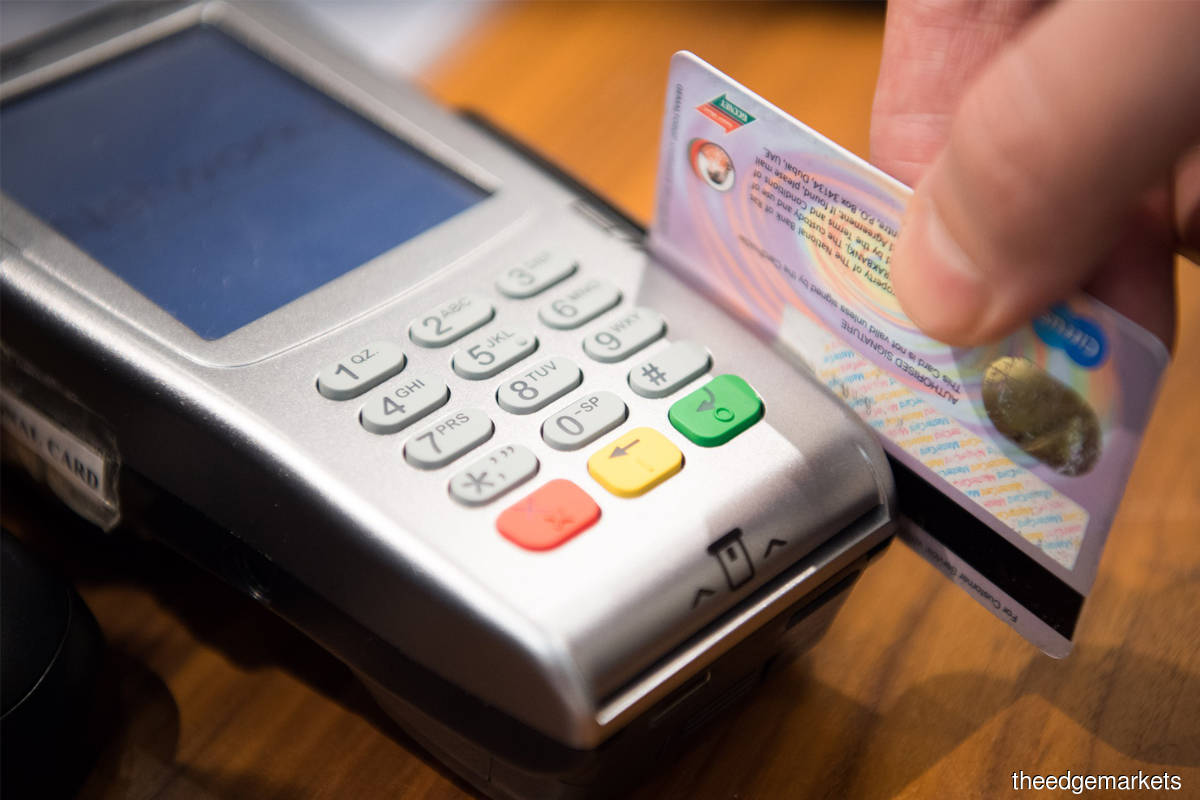 REVENUE from the global payments sector — derived from deposits, credit cards and cross-border payments, among others — fell last year for the first time in 11 years, owing to an economic slowdown as a result of the Covid-19 pandemic, but is poised for a quick return to healthy growth, says McKinsey & Co.

In Malaysia, the return to growth is expected to be stronger than before, Bharath Sattanathan, a partner at the consulting group, tells The Edge.

Global payment revenues fell 5% year on year to US$1.9 trillion in 2020 compared with a 7% growth rate observed between 2014 and 2019, according to data from McKinsey’s Global Payments Report 2021.

McKinsey predicts that revenues will quickly return to their long-term 6%-to-7% growth trajectory, recouping 2020’s declines in 2021 and reaching roughly US$2.5 trillion by 2025.

“We see a handful of primary drivers influencing the payments revenue trajectory. On the one hand, continued cash displacement and a return to global economic growth will accelerate existing upward trends in the share and number of electronic transactions.

“On the other hand, interest margins are likely to remain muted. Sustained softness in this key top-line contributor will create greater incentive for payments players to pursue new fee-driven revenue sources and expand beyond their traditional focus to adjacent areas such as commerce facilitation and identity services,” the company says in the report.

Not surprisingly, cash payments declined by 16% globally in 2020. “We expect cash usage to rebound to some extent in 2021, owing to a partial return to past behaviours, fewer lockdowns and a broader economic recovery, but evidence indicates that roughly two-thirds of the decrease is permanent,” it notes.

Asia-Pacific continued to dominate the global payments revenue pool last year, accounting for about US$900 billion. McKinsey sees the region’s revenue growing between 9% and 11% this year after a 6% decline last year.

Interestingly, banks’ share of global payment revenues has declined over the years as other non-bank players emerge.

“Given that a decade ago, very few players — except banks — were active in the space, almost by design the banks’ ‘share’ of global payments revenues in Asia-Pacific has reduced over the years,” says Sattanathan.

He notes that the pandemic last year resulted in an acceleration of trends that were already underway, such as increased digitisation. “Players across the ecosystem — including traditional banks and financial services firms, newer fintech challengers, and established companies in adjacent sectors such as big tech and telecommunications — pursued various avenues for expansion. The fundamental shift in the market’s approach to commerce impacted how successful certain players were over others.”

He says, apart from banks, digital ecosystem and big tech players are well positioned for success over the long term in the global payments space. “[This is because of] what is often a superior user experience that they are able to offer, and the ubiquitous reach of ‘super apps’, which can address the full array of consumers’ digital needs [and that are] increasingly connected to funding sources such as bank accounts and credit cards.”

In Malaysia, payment revenues fell 35% last year. However, they are expected to grow at 8% annually over the next few years, faster than they have in the last five to six years, says Sattanathan.

“We expect income from cross-border transactions to drive revenue growth as the markets gradually open up. Malaysia collaborating with countries to allow real-time cross-border transfers could spur growth here,” he adds.

He notes, for example, that Malaysia’s real-time payment system DuitNow as well as Singapore’s PayNow will be linked in phases from the fourth quarter of 2022, allowing customers to make real-time fund transfers between the two countries using just the mobile phone.

The 35% decline in Malaysia’s payment revenues last year was driven by a fall in current account net interest income, which contributed to 76% of the decline.

According to Sattanathan, Malaysia’s future payments landscape will look quite different from the ecosystem currently in place.

He foresees five trends that will reshape the payments ecosystems here, as is also likely to be the case in many markets across the region. First is individuals moving away from traditional bank wallets and services to a fully contactless alternative, most likely within a larger digital ecosystem that focuses on customer experience.

Second is a revenue shift from issuers to acquirers, helped by lower merchant discount rates and faster settlements that will create revenue opportunities for players beyond just payments. Third is the diminishing role of automated teller machines (ATMs) and the rise of digital currencies.

Fourth, global/local partnerships, integration across value chains and an increase of payment specialists will lead to consolidation and industry-structure shifts. And fifth, cross-border links and the rise of digital money-transfer operators will accelerate bilateral real-time payment arrangements and increase payment options for businesses.

Sattanathan is quick to point out that none of these trends are new, per se. “What is evolving, however, is the extent to which the forces are playing out at a tactical level across Malaysia’s ecosystem. Covid-19’s impact over recent months has further reinforced several of these trajectories. The next decade will see the gradual mainstreaming of these trends.”