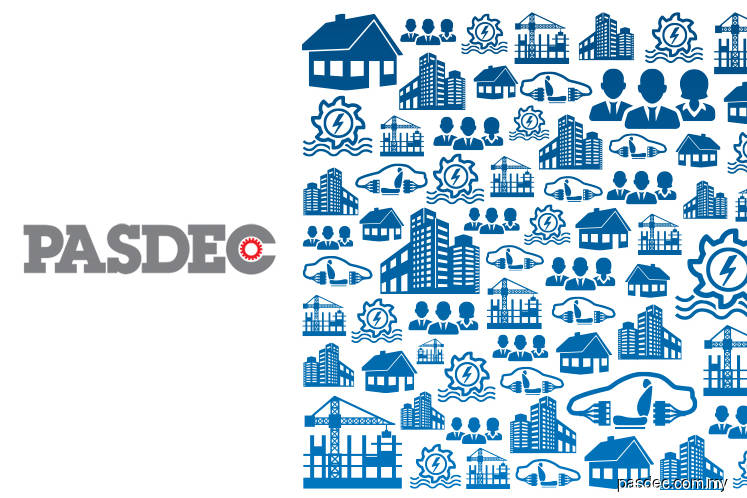 Kim Thin, who is an executive director of Pasdec, has proposed to pay RM121.36 million or 52.5 sen per share for the remaining 231.16 million shares he does not own in the company, as well as RM357,900 or one sen per warrant for the remaining 35.79 million warrants in Pasdec.

In a filing with Bursa Malaysia, Pasdec said it has today received a conditional mandatory takeover offer (MGO) from Kim Thin through his private investment vehicle Jasa Imani Sdn Bhd.

Kim Thin, who intends to maintain Pasdec's listing status, is deemed the ultimate offeror for the offer as he is the founder and major shareholder of Jasa Imani, in which he holds a 58.19% stake. Kim Thin's son Tew Liang Tze owns another 37.41% of Jasa Imani shares.

The 52.5 sen offer price represents a 24.41% premium against the five-day volume weighted average price of 42.2 sen per share.

Pasdec also said Pahang State Development Corp (PKNP), which owned a 26.57% stake in the group, has irrevocably undertaken not to accept the MGO offer.

Pasdec explained that the takeover offer arose as Kim Thin is obliged to extend an MGO after his shareholding increased to 38.61% from 27.98%, following the subscription of rights shares with warrants in the group.

"On June 1, Pasdec was informed by PKNP, a substantial shareholder of Pasdec, that it had yet to obtain the approval from the Ministry of Finance Malaysia to subscribe for its entitlement of 42.56 million rights shares with 42.56 million warrants under the rights issue with warrants," the group said.

"In conjunction with this, Jasa Imani, a substantial shareholder of Pasdec, had provided an irrevocable written undertaking to subscribe for an additional 42.56 million rights shares with 42.56 million warrants, representing PKNP's entitlement, by way of excess application and in the manner as allowed in the Abridged Prospectus issued by Pasdec on May 16, 2018," it added.

Trading of Pasdec shares was suspended today pending the release of the announcement. The stock closed at 47 sen yesterday, with a market capitalisation of RM138.41 million.