Parliament should not sit in vain 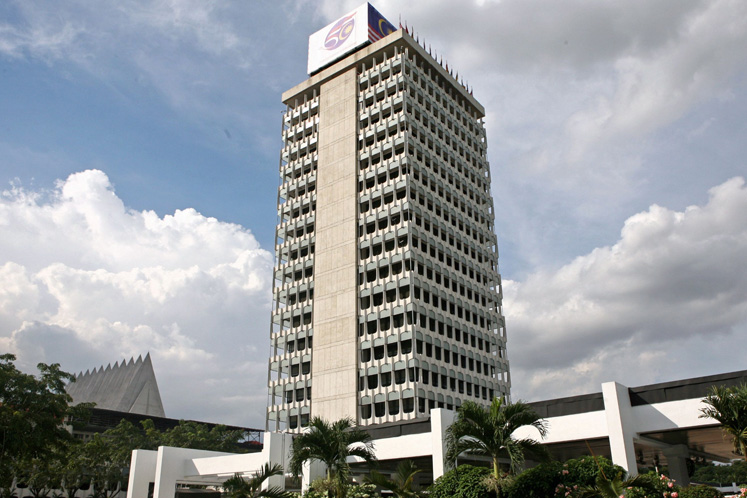 It is reported that the Dewan Rakyat will convene on May 18, 2020 but for only one day. The sitting is being held only to discuss government Bills and matters. The report apparently also states that there will be no oral and written question sessions or motions in light of the COVID 19 pandemic.

On Parliament’s portal, it states the Parliament business for May 18 include the Royal Address during the Opening Ceremony of Parliament and Bills and other government business.

It is now reported that several motions have been submitted by Members of Parliament. One such motion is to extend the Dewan Rakyat’s sitting by eight days, and the motion has been accepted for debate.

Wikipedia states that the term ‘Parliament’ comes from the 11th century French word “parlement” from “parler”, meaning "to talk".

If Parliament is a place ‘to talk’, can the Dewan Rakyat then sit just for a day? After all, it is a place of gathering of the elected representatives of the people who have questions that require answers for the people.

This article will now deal with the constitutionality of the one-day sitting.

Reason to convene the next Parliamentary Session

The Prime Minister also has the power to call for a meeting of the Dewan Rakyat during its adjournment to a date earlier than the adjourned date if it is in the public interest to do so.

It appears that this provision is not invoked to convene an earlier meeting since there is no adjourned date fixed since the last Parliamentary session.

The reason for the convening of Dewan Rakyat sitting for May 18 could lie in the need to comply with Article 55 of the Federal Constitution which obliges Parliament to sit within six months of the last Parliamentary session.

Article 55(1) of the Federal Constitution reads as follows, “The Yang di-Pertuan Agong shall from time to time summon Parliament and shall not allow six months to elapse between the last sitting in one session and the date appointed for its first meeting in the next session.” (emphasis added)

This would mean that the next session of Parliament has to be convened at least by June 18.

This gives rise to the question as to how long should Parliament be sitting in a meeting of a session.

Assistance can be had on the reading and understanding of several words that appear prominently in the said Article, namely the words, “sitting”, “meeting” and “session”.

These words are defined in the Standing Orders as follows:

The words, “session” and “meeting” draw their meaning from the word “sitting” which means a period that is continuous.

The word “continuously” is derived from the verb “continue” and is defined in the Cambridge dictionary as “to go on being, doing etc; to last or keep on”.

The word “continuously” is defined as “with continuity or continuity without interruption in space or time; unbrokenly; without break or interruption. It is almost, but not exactly, synonymous with ‘uninterruptedly’.”

Some semblance of Parliamentary proceedings can be understood from the Federal Court decision of PP v Khong Teng Khen & Anor where Suffian LP had this to say, “From the book 'The Malaysian Parliament (Practice and Procedure)' by a former Clerk of Parliament, Encik Ahmad bin Abdullah, it is clear that the Malaysian Parliament is divided approximately into 5 or 6 parts, each part being called a session. Each session covers roughly a period of slightly less than one year, usually beginning in April, May or June. At the end of each session Parliament is prorogued by His Majesty by a proclamation published in the Gazette. After being prorogued, neither House holds any meeting until a new session is summoned. The two Houses do not sit continuously throughout a session. They hold about 5 or 6 meetings in each session. Each meeting usually lasts for about 5 to 10 days in the case of the House of Representatives and for about 3 days in the case of the Senate. However, one meeting of the session, usually the 5th meeting known as the Budget meeting, lasts for as long as 5 to 6 weeks in the House of Representatives and for one week in the Senate. It is the meeting on each day that is called a sitting.”

If sitting is in reference to a day, then “continuously.... without adjournment”, connotes more than a day.

The word ‘sitting’ appearing in the old Article 150 (2) of the Federal Constitution was extensively argued in Khong Teng Khen and the majority of the Federal Court defined the word as follows, “I pause here to record my observation on the meaning of the word 'sitting' in Clause (2) of Article 150 which was discussed and debated at length during the course of arguments. In my view the word 'sitting' means sitting and actually deliberating as suggested by Encik Abu Talib.” (emphasis is added)

Although this case decided the word “sitting” as appearing in the old Article 150(2) of the Federal Constitution, it nevertheless makes it aptly clear that the word “sitting” appearing in Article 55(1) of the Federal Constitution cannot be read in isolation to mean mere attendance in Parliament, rather it must include the element of deliberation of matters and business of the august Houses.

If sitting includes deliberation, surely one day in Parliament will not be sufficient to deal with all its businesses. Likewise if deliberation is excluded from the sitting, then such a meeting cannot be gainsaid to be in accordance with Article 55 of the Federal Constitution.

After all, Members of Parliament take their constitutional oath to swear,

In this respect, the MPs must be given sufficient time to discharge their duties in Parliament.

This opinion would be consistent with the decision of the Federal Court in Dato' Menteri Othman Baginda & Anor v Dato' Ombi Syed Alwi Syed Idrus that calls for the interpretation of the Federal Constitution to be broadly construed and “not in a pedantic way with less rigidity and more generosity than other statutes".