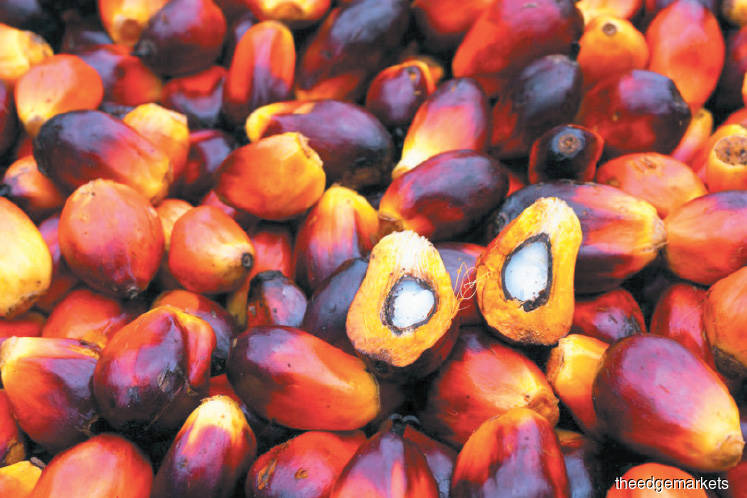 Japan's national weather bureau said last week the El Nino weather pattern appears to have formed and that there was a 70 percent chance it would continue into the Northern Hemisphere spring.

The benchmark palm oil contract on the Bursa Malaysia Derivatives Exchange (BMD) has lost more than 18 percent this year as production climbed across Southeast Asia, which accounts for a bulk of the global supplies. That comes after last year's deep losses.

"If it (El Nino) is of moderate intensity, it will affect palm production from July 2019," said Mistry, speaking at an industry event in Guangzhou. "That period will coincide with the biological low cycle and the resting period for most palm trees," said the analyst, also a director of Indian consumer goods company Godrej International.

The benchmark BMD contract this week fell to its lowest since 2015 at RM2,008
a tonne.

"Vegoils are now a hostage to biodiesel," he said. "Biodiesel demand is now the most important price making factor for 2019."

He said the use of vegetable oils in making biodiesel is expected to exceed 40 million tonnes in 2019.

"World demand for vegoils for energy use in 2018 grew at a very good pace, by over 3 million tonnes due to higher usage in Brazil and Indonesia," the analyst said.

"In 2019, the Indonesian (government) mandate of 20 percent palm (content in) biodiesel will be fully implemented. Brazil will also expand usage," Mistry predicted, "so energy demand can expand by 3-4 million tonnes."

Mistry also raised his estimate of Indonesia's palm oil output this year to 41 million tonnes, from his earlier forecast of 38.5 million tonnes.

Malaysia's palm oil stocks at the end of December are expected to climb to 3.5 million tonnes, he said, adding: "Palm stocks in Indonesia are already close to 5 million tonnes and will keep rising."