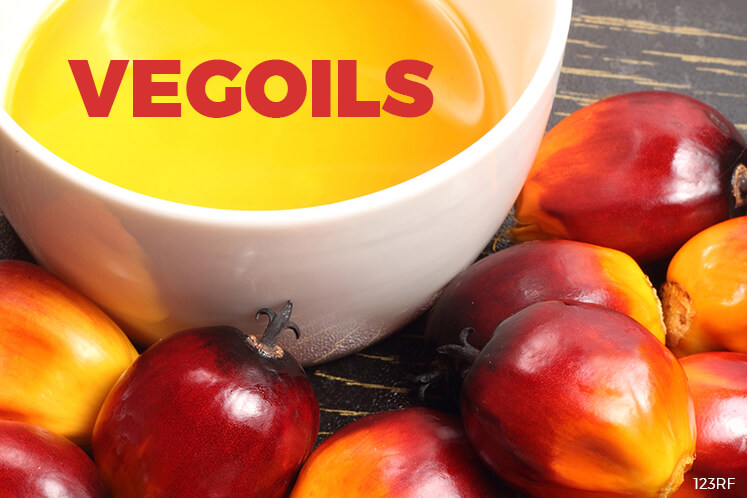 KUALA LUMPUR (April 7): Malaysian palm oil futures fell on Friday, in line for its sharpest drop in a week, as it tracked weaker rival soyoil which fell on concerns of ample global soybean supplies.

The benchmark palm oil contract for June delivery on the Bursa Malaysia Derivatives Exchange was down 1.3% at RM2,673 (US$602.71) a tonne at the midday break, marking its sharpest decline since March 30 and third losing session in four.

Palm's decline came ahead of the official data on production, exports and end-stocks from the Malaysian Palm Oil Board due on Monday.

The market, however, has gained 2.3% so far this week, after two straight weeks of losses.

"Palm is down tracking weakness in other vegetable oils," said a futures trader from Kuala Lumpur.

"The market could go back down to RM2,660 levels for support."

Palm oil prices have been on a downward trend in recent weeks on expectations of rising output and tracking weaker related edible oils.

Palm oil output in the world's No.2 producer Malaysia likely jumped 10.4% to 1.39 million tonnes in March, marking the first month-on-month climb in about five months, a Reuters poll showed.

Palm oil is impacted by the price movements in related edible oils, including soyoil, as they compete for a share in the global vegetable oils market. Soybean oil on the Chicago Board of Trade fell 0.2%.