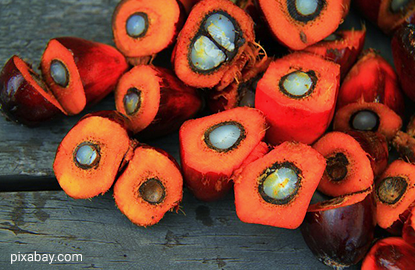 Benchmark palm oil futures for May delivery on the Bursa Malaysia Derivatives Exchange were down 1.3% to RM2,929 (US$658.05) a tonne at the end of the trading day. They earlier hit an intraday low of RM2,925, the weakest since Nov 22.

Palm oil prices have been trading at over four-year highs on tight market supplies, as the lingering effects of a crop damaging El Nino and monsoon floods lowered output in January.

Production declined 13.4% for the full month of January, its sharpest drop in a year, according to data from industry regulator the Malaysian Palm Oil Board.

Output, however, is seen rebounding in February, in line with the seasonal trend and as the El Nino's dry weather effects wear off.

Palm oil may retest a support at RM2,959 per tonne, a break below which could open the way towards the next support at RM2,879, according to analysis by Wang Tao, a Reuters market analyst for commodities and energy technicals.

The May contract for Dalian palm olein also declined 1%.

Palm oil prices are influenced by the movements of related oils, as they compete for a share in the global vegetable oils market.