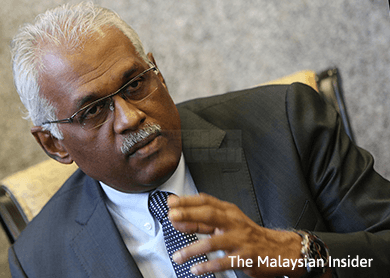 (Dec 3): Four Pakatan Harapan lawmakers today wrote a letter to the Attorney-General Tan Sri Mohamed Apandi Ali seeking clarification whether the Investor State Dispute Settlement (ISDS) mechanism under the Trans-Pacific Partnership Agreement (TPPA) is in line with the spirit of the Federal Constitution.

The ISDS, which is a major component under TPPA, allows a corporate entity to drag a state to a tribunal.

"We seek an explanation within two weeks. If there is no explanation, we will have to seek a judicial review," Charles, who is also Klang MP, said during a press conference today.

In the letter, the MPs pointed out that several international experts have asked for ISDS to be abolished before.

“Given that so much criticism has been made against ISDS, including pertinent questions yet to be answered by the International Trade and Industries Ministry, we need the explanations,” they said.

Among the queries is whether ISDS will threaten Malaysia's sovereignty, whether it is consistent with the constitution, whether it would render the judicial system irrelevant, and whether foreign investors would be able to challenge decisions made even in Parliament. – The Malaysian Insider