Sosma to be repealed – Dr Mahathir 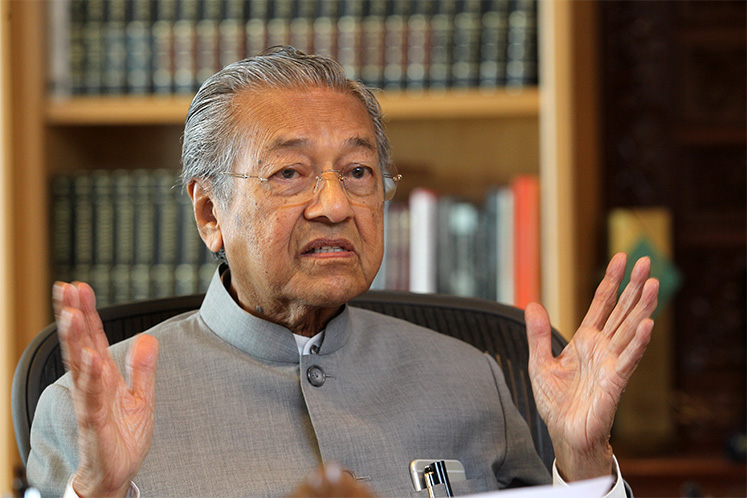 Prime Minister Tun Dr Mahathir Mohamad said Sosma, which was introduced during the former prime minister Datuk Seri Najib Razak´s administration, allowed the government to arrest anyone without having to go to court.

"Najib´s law allows a person to be arrested and not to be taken to court, and if that person died, there will be neither inquiry nor action taken against those who killed him. That is the law passed by Najib and we will repeal that law," Dr Mahathir said this at the Coalition of Klang Chinese Associations´ (CKCA) Tabung Harapan Fund Raising Dinner here tonight.

Dr Mahathir said Pakatan Harapan-led (PH) government, on the other hand, would adhere to the rule of law by enforcing laws that would protect the people.

"The people will be protected by fair laws so that if they committed any offence, they will be judged by the court ... the court will determine whether or not the person is guilty, " he said.

Meanwhile, the prime minister also thanked all Malaysians who had given the mandate to PH to improve the situation in the country left by Najib's government.

He said he believed that the coalition would succeed in doing so as they had the strong support from the people.

"It is obvious tonight when so many people attend the fund raising dinner for Tabung Harapan. We managed to raise millions of ringgit even though it is not as much as the 1 trillion (debt), what´s important is our spirit, our willingness to sacrifice because we love this country.

"This is our country, this is our home, we were born here and we grew up here and for that reasons, we love Malaysia. Thank you very much to those who organised this campaign ... for taking the initiative without any instruction from the government. Even though the amount is small but it is the gesture that is important, " he said.

At the event, Dr Mahathir received a mock cheque of RM3.5 million for Tabung Harapan, contributed by 257 individuals and companies in Klang.