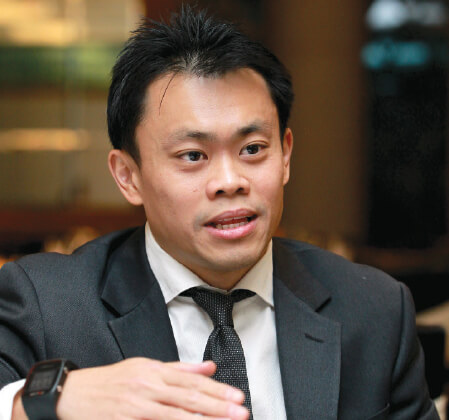 Asian markets are particularly vulnerable at this point in time because of corporate and household debt — which are at historic highs — and they risk losing out on short-term fund flows in a way that could ultimately lead to recession.

“If the Fed (US Federal Reserve) and other major central banks [in developed markets] start hiking rates more aggressively, the spreads between emerging and developed markets will tighten. Then, foreign investors will no longer find it worthwhile to buy into Asian assets,” says Wan Howe Chung, Amundi Singapore’s director and Asian fixed income head.

What would this mean for Asian markets?

“If foreign players pull back their funds, businesses in Asia that depend on shorter-term fund flows would struggle to pay off their debts,” Wan says.

The issue goes back to debt levels. “It is not just about the absolute debt level, but the ability of these countries to service their debt. It could potentially send some Asian countries into recession,” says Wan.

However, this is a worst-case scenario. Wan says it is unlikely to happen this year as major central banks, corporates and market players remain uncertain about the state of the economy in their respective countries, or the world, for that matter.

They cannot see whether the world economy is going to recover or go through a period of further secular stagnation — that is, a long-term and sustained slowdown in global economic growth.

“The market is in two minds now.

Either, we will get out of this slow growth environment and enter a new investment cycle in the next 12 months or we will enter a phase of secular stagnation due to the high level of debt globally,” says Wan.

Due to these uncertainties, the Fed is hiking rates more gradually while other major central banks are still in the process of easing their monetary policy.

US corporates, such as Apple and Google, are also holding onto cash. Rather than reinvesting in machinery or hiring more employees to increase productivity, they are doing share buybacks to make returns from the financial market.

At present, Wan says the global economy is experiencing very gradual growth, which is expected to continue this year at least. This means that interest rates in developed countries will not increase too substantially and Asian markets will still be, in comparison, attractive.

“Yields in the developed markets are still going to be depressed. So investments will be going into emerging markets, which will support Asian fixed income prices,” he says.

Asian fixed income, as an asset class, he says, is also evolving and expected to provide investors with lower volatility and higher diversification in the years to come.

The lower volatility is because Asian investors are increasingly the ones who subscribe to Asian fixed-income products. And this has reduced the influence of foreign investors on these markets.

“For instance, in the past, when something happened in Brazil and foreign investors wanted to cut their emerging markets exposure, they would sell their holdings not only in Brazil but in some countries in Asia as well. But now, because Asian fixed-income investors are mainly either local or regional, they are not too concerned with what happens in Brazil. Also, these companies are mainly insurance companies and pension funds. It is much stickier money” says Wan.

On diversification, he says more issuers from different countries and sectors will emerge, providing investors with more investment opportunities, varying in yields and tenure.

“For instance, a South Korean tyre company issued its hard-currency bonds recently. You will get more and more new issuances like these from new sectors within Asia, especially China.

“China is the second largest economy in the world and is opening up its bond market. In the future, you are going to have a domestic bond market there. Like the US, it will be so large that people based in Shanghai will be trading China fixed income without the need to care about the rest of the world. The potential is huge,” Wan enthuses.