Only 10% of our patients can pay their medical bills: UMMC chief 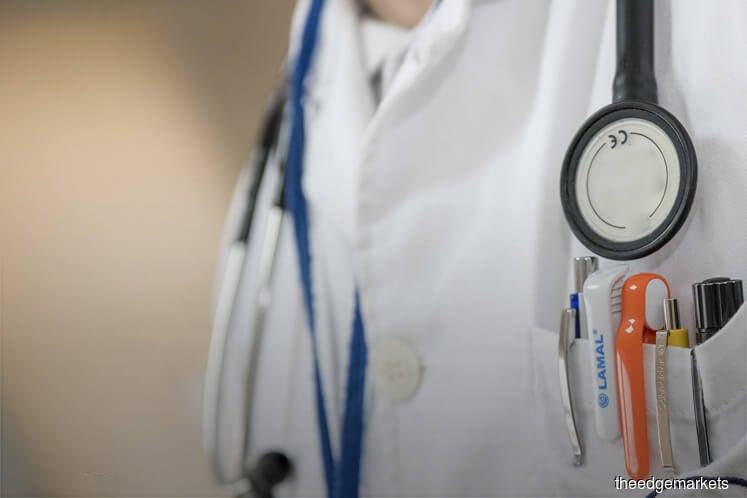 KUALA LUMPUR (Jan 17): Only a small fraction of patients at the University of Malaya Medical Centre (UMMC) can afford to pay for their treatment, even though the cost is heavily subsidised.

The hospital essentially provides a public service funded by the government, said its director Prof Dr Tunku Kamarul Zaman Tunku Zainol Abidin, who is also the head of teaching hospitals in Malaysia.

Of the UMMC’s patients, 73% don’t pay because they are government servants or retirees and are entitled to free treatment by law, he said.

“Only half of the remaining 27% can afford the treatment. We don’t collect from the rest, because they will be unable to pay,” said Dr Tunku Kamarul.

“We have around 10% of patients actually paying the healthcare costs, and they are paying below cost anyway,” he said.

For coronary bypass surgery, for example, UMCC charges from RM3,000 to RM5,000, said Dr Tunku Kamarul. Private hospitals are allowed to charge RM7,030 for the procedure under the gazetted fee schedule.

He was speaking at a roundtable on the rising cost of healthcare on Wednesday, organised by the Galen Centre, a think-tank for health and social policy.

Dr Tunku Kamarul said the funding issue was shared by all university hospitals in the country. By 2020, there would be nine such hospitals, and a few more universities are applying for licences, he said.

Another example was the charge for the hospital’s intensive care unit, which is even better equipped than private hospitals, said Dr Tunku Kamarul. This costs the patient only RM80 per day, again was a fraction of the true cost, he said.

The public perception that the standard of care and facilities in the government hospitals is inferior is a myth, said the president of the Association of Private Hospitals of Malaysia Datuk Dr Kuljit Singh.

“Public hospitals are doing a great job. Once you get into the system and the doctor looks at you, the system is excellent. It may not be very comfortable, however,” said Dr Kuljit, who was previously in the public health service.

“Going for private healthcare is a choice the patient makes. You get the comfort, the handshakes, the concierge... All those frills come with a cost, but the patient doesn’t look at that,” said Dr Kuljit, who also spoke at the event.

“To people looking at the bill from a private hospital, the amount can seem a little high, but if they see what costs actually go into running a hospital, it would seem reasonable. I would say it is sometimes on the low side,” he said.

“For every RM100 that we collect from the patient, the hospital makes only about RM6 to RM7,” said Dr Kuljit, who is the medical director at the Prince Court Medical Centre.

Another speaker, UCSI Hospital COO Dr Hooshmand Palany, said inequity in healthcare is an issue in Malaysia, but is subjective.

“When we compare our dual system with other Asean countries and other parts of the world, we are better off, but we need better access,” said Dr Palany, who chairs the healthcare working group for Malaysia in the Asean Business Advisory Council.

“The political will to implement reforms is essential,” he said. “Nothing moves without it.”

“Nevertheless, it is encouraging that we are talking more openly now, so we can hope to make progress,” he added.