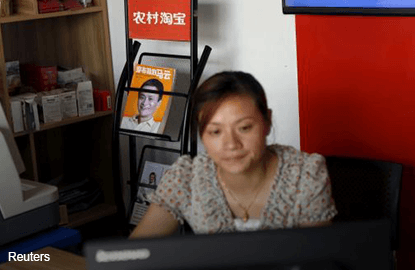 Digital advertising spending this year is forecast to jump by two-thirds to a record 9.9 billion baht (RM1.17 billion) in Southeast Asia’s second-largest economy, according to the Digital Advertising Association (Thailand) (DAAT). While that lags the 44% and 53% growth in 2014 and 2013 respectively, the near-term outlook for online advertising looks sharp as advertisers increasingly target Thai consumers in the virtual world.

The DAAT, which gathers data from 17 agencies that represent 80% of spending in the market, has recently upgraded its growth forecast for digital ad spending to 62% from its previous estimate of 33%. Social media like Facebook and video ads on Google’s YouTube account for the biggest share of online advertising spending.

Stocks in Thailand’s new media companies have soared. Diversified media firm Plan B Media Pcl has more than doubled since its February debut, and analysts expect earnings growth to top 50% this year. In contrast, the overall media and publishing sector index has slumped. It is one of the worst performers in the Thai stock market this year.

Overall advertising spending dropped 2% in the first seven months, dragged down by a decrease in ad spending in newspapers and magazines, Thakol Banjongruck, an analyst at KK Trade Securities, wrote in a note to investors. “Advertising spending is expected to rise 3% this year based on the country’s GDP (gross domestic product) growth forecast of 2.5%. — Reuters