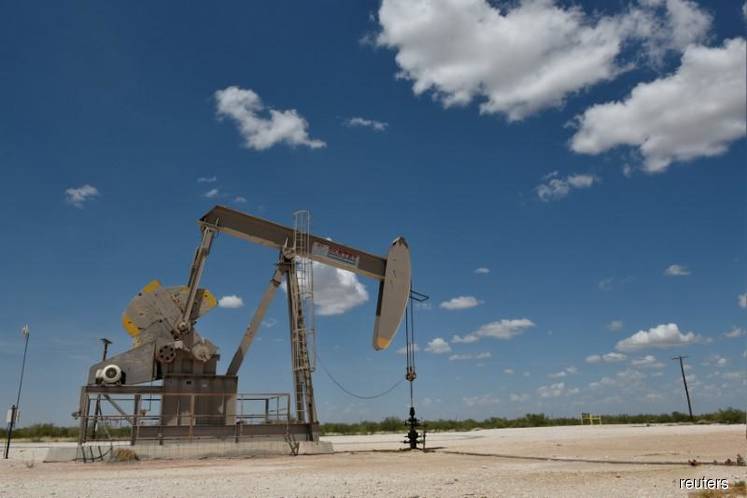 SINGAPORE (Jan 4): Oil prices rose by more than 1 percent on Friday, shaking off earlier losses, after China said it would hold talks with the U.S. government on Jan. 7-8 to look for solutions to a trade dispute between the world's two biggest economies.

Both benchmarks are on track for solid gains in the first week of 2019 trading despite rising concerns that the Sino-American trade war will lead to a global economic slowdown.

The firmer prices came after China's commerce ministry said it would hold vice-ministerial level trade talks with U.S. counterparts in Beijing on Jan. 7-8.

The two nations have been locked in a trade war for much of the past year, disrupting the flow of hundreds of billions of dollars worth of goods and stoking fears of a global economic slowdown.

Data for December from the Institute for Supply Management (ISM) on Thursday showed the broadest U.S. slowdown in growth in a decade.

Leading economies in Asia and Europe have already reported a fall in manufacturing activity.

U.S. bank Morgan Stanley said in a note following the release of the data that the weak data "increased the downside risks to an already moderating global growth outlook."

Japan's MUFG bank said in its 2019 oil market outlook that "on the demand side, oil has not been immune from the broad cross-asset sell-off as global growth concerns...mount downside pressure on oil demand".

Despite the turmoil, oil prices have received some support as supply cuts announced by the Organization of the Petroleum Exporting Countries (OPEC) kick in.

OPEC-supply fell by 460,000 barrels per day (bpd) between November and December, to 32.68 million bpd, a Reuters survey found on Thursday, although some of the fall were involuntary disruptions in Iran and Libya, which are exempt from cuts.

"Isolating the participating countries indicates their output would need to fall a further 940,000 bpd to be in adherence with their targets," U.S. investment bank Jefferies said.

OPEC and non-members led by Russia - an alliance known as OPEC+ - agreed last December to reduce supply by 1.2 million bpd in 2019 versus October 2018 levels to rein in an emerging fuel glut.

The fuel surplus was in part depicted by light distillate fuel stocks at Singapore's refining hub climbing to a record 16.1 million barrels in by January.

Considering the planned cuts versus ongoing increases in U.S. crude production, which hit a record 11.7 million bpd by late 2018, FGE said it expected Brent prices to range between $55-$60 per barrel in the first months of 2019.

Some analysts doubt the OPEC+ group is able to support prices in the longer term, however.

"Not only are oil prices down nearly 40 percent since October (2018), they are in fact now below where they were when the group began their first iteration of output cuts back in January 2017," the Japanese bank said.

MUFG said this was "a clear indication" that OPEC+'s interventionist strategy to support oil prices was not working.