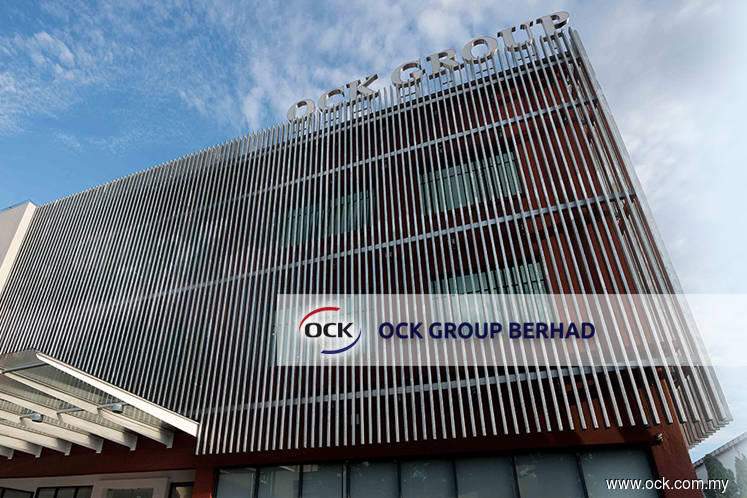 In particular, OCK highlighted a paragraph in the article that said: "In the first charge, he (Mohd Iskandar King) was accused of receiving RM50,000 as a reward for helping OCK Setia Engineering Sdn Bhd get a project from MCMC."

"The Board of Directors of OCK Group Bhd wishes to clarify that OCK Setia Engineering Sdn Bhd has not been charged with any form of bribery and is in denial of any related accusations," the group said in the filing.

OCK added it will provide further updates on the matter when required.

In the article, FMT reported that Mohd Iskandar, a former MCMC deputy director, was charged at the Sessions Court with three counts of bribery amounting to RM87,000.

According to the article, Iskandar was accused of receiving the bribe from OCK Setia Engineering consultant Mohd Azuzi Mohamed Kamil at a Starbucks Coffee branch at IOI City Mall in Putrajaya in September.

In the second charge, Iskandar was accused of receiving a cheque from Azuzi worth RM18,500 which was deposited into his wife's account at the Bukit Jalil Golf and Country Resort on June 23, 2015.

He was also accused of receiving a CIMB cheque in his name worth RM18,500 from Azuzi at the same date and location.