No visa waiver for Chinese tourists for now 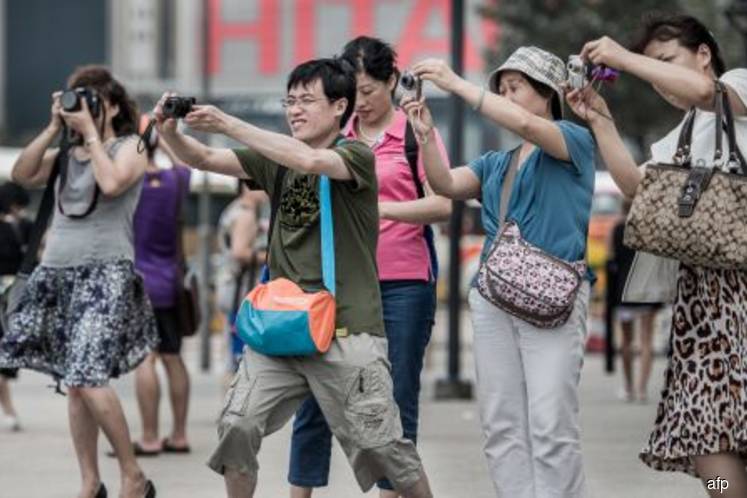 KUALA LUMPUR (Aug 19): The new government has no intention of waiving entry visas for Chinese tourists, at least not in the near future, said Prime Minister Tun Dr Mahathir Mohamad.

"The number of Chinese tourists (coming to Malaysia) will increase to 10 million. We are not yet ready at the moment (to waive tourist visa for the Chinese). There is no decision yet. May be we will decide in the future," said Dr Mahathir in response to a question from the floor during a dinner with Malaysians in Beijing on Sunday.

China has become a main source of tourist dollars for many countries in recent years, including Malaysia.

The Barisan Nasional government had previously indicated it was considering waiving the entry visa for Chinese tourists, like some other countries in the region. The aim was to woo more tourist dollars from China.

Yesterday was the third day of Dr Mahathir's official visit to China. The prime minister said he was touched when he heard the national anthem at the dinner held in the capital city of Beijing. A group of Malaysian businessmen also collectively donated RMB2.9 million to Tabungan Harapan during the event and presented him with a mock cheque for the sum.

Dr Mahathir also repeated the Malaysian government's stance on welcoming foreign direct investments from China and the importance of the Chinese investments. "We want investments that will bring capital, technologies and help to grow exports... and that will create jobs for Malaysians, [and] increase tax revenue for the government," he said.

The prime minister will be meeting the Chinese premier Li Keqiang and president Xi Jinping tomorrow (Monday, Aug 20) at the Great Hall of the People. All eyes will be on the outcome of the meeting, in particular what it will mean for the rail and pipeline projects that have been suspended due to inflated costs.