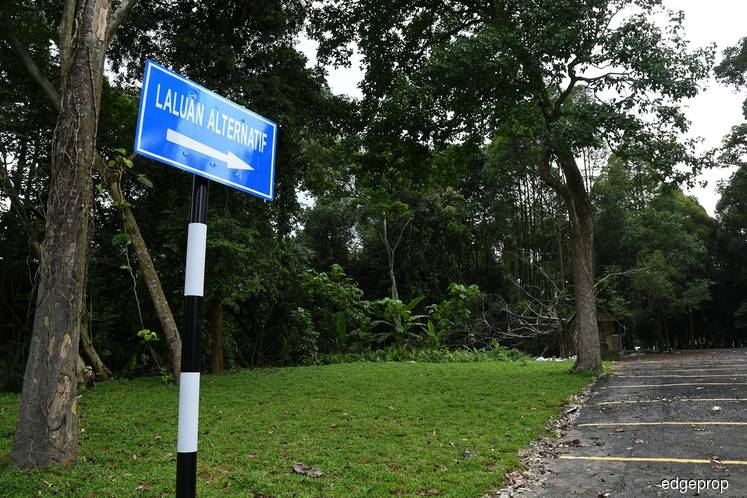 PETALING JAYA (May 24): The construction of a sales gallery on the much talked about development on Taman Rimba Kiara at Taman Tun Dr Ismail (TTDI) has not begun since the land was cleared a few months ago.

EdgeProp.my scouted the site last Wednesday and today and found no progress on the sales gallery, as well as no sign of construction activity on the site.

In mid-2016, Dewan Bandaraya Kuala Lumpur (DBKL) had approved the development of a 29-storey block of affordable housing and eight 50-storey blocks of high-end apartments on a 12-acre plot of land in the 25.3-acre Taman Rimba Kiara, which is designated as a public open space under the Kuala Lumpur City Plan 2020.

TTDI residents have formed the Save Taman Rimba Kiara Working Group to protest the development.

The judicial review seeks to quash the conditional planning permission and development order granted by DBKL to property developer Memang Perkasa Sdn Bhd, which Malton Bhd holds a 51% stake in, on Feb 28, 2017 and July 13, 2017, respectively.

The next hearing date for the judicial review has been fixed for June 13, 2018, before Judge Datuk Nordin Hassan.

On Dec 14, 2017, the KL High Court had dismissed the stay application by residents pending a judicial review of the development order granted by DBKL to Memang Perkasa Sdn Bhd.

The residents have been ordered to pay RM40,000 in legal fees incurred in the stay application.

Memang Perkasa was granted the approval to build the sales gallery in November last year, irritating residents who were told by the former federal territories minister Tengku Adnan Tengku Mansor at a public dialogue a mere three days earlier that the massive development would not encroach on the park.

Trees in Taman Rimba Kiara have been cleared to make way for the construction of a sales gallery in March this year.

Yeoh was advised not to reveal details as the case is pending investigations.