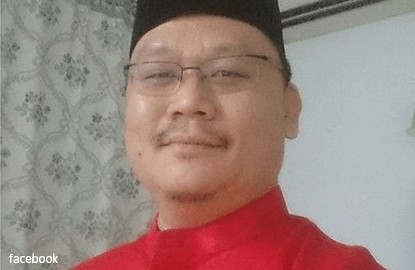 KUALA LUMPUR (Dec 23): Despite being in the spotlight for his alleged "rape" threat against G25 spokesperson Datuk Noor Farida Ariffin, Sharul Nizam Ab Rahim maintains he was only practising his freedom of speech when he criticised her views on Shariah law on his Facebook page.

In WhatsApp messages to questions posed by The Malaysian Insider, the animal rescuer, whose other Facebook postings reveal a penchant for crude language, also believes his post against Noor Farida was misconstrued due to "failure to grasp the Malay language".

"I never used the word 'rape' in my posting.

"Those who know me will also know that I was being sarcastic and not serious.

"But the post has been taken down by Facebook due to many reports against it," he said.

Sharul Nizam's controversial post had been against Noor Farida's comments made at a public forum on the need to review Shariah laws. She had cited khalwat (close proximity with the opposite sex) as an example.

Sharul Nizam had posted that he wanted to break into Noor Farida's house, lie on her bed and "try" her.

A few police reports, including one by Penang DAP women leaders, have been lodged against him.

The 36-year-old from Padang Rengas, Perak also said he has since been unable to access his Facebook account due to numerous complaints lodged on the social networking site, which caused him to be locked out of his account and banned from logging on for another two weeks.

"This is not the first time I've been banned on Facebook.

"On average, I get banned once a month. In the past three months, it has been three times.

"Like a woman on her period," he said in his trademark risque humour.

He has been banned on Facebook twice previously for commenting that the slaughtering of cows for Hari Raya Haji did not follow the Department of Veterinary (DVS) standard operating procedure and for refering to the late lawyer and politician, Karpal Singh as a Benggali instead of a Sikh.

He said he was also condemned on the social media site by many Malays for keeping dogs in his home and there had been calls for the religious department to take action against him.

"My writing is always regarded as giving mental or emotional pain towards someone else," he said.

Sharul Nizam, however, said that he disagreed with Noor Farida being charged under the Sedition Act in calling for a review of Shariah law on khalwat (close proximity between opposite sexes).

"I would agree if she was charged under the Shariah enactment for insulting or portraying Islam in a bad light but not the civil law.

He said he was defending the Shariah law against khalwat and felt it was inappropriate for Noor Farida nor the G25 to publicly call for a repeal of the religious edict.

"Shariah law should be discussed behind closed doors, not call for it to be abolished at a press conference after a forum," he said.

Sharul Nizam said he has since engaged a lawyer and declined to comment if police had contacted him to investigate his alleged "threat" against Noor Farida.

He said investigations under Section 507 of the Penal Code for criminal intimidation and Section 233 of the MCMC Act were opened after two police reports were lodged in Penang and one in Perak.

He said DAP's Batu Kawan MP Kasthuri Patto had made one of the reports in Bercham, Ipoh after reading a news report that claimed a man had threatened to invade the G25 spokeswoman's home and rape her over her criticism of religious authorities intruding into the private lives of Muslims, trying to nab them for khalwat (close proximity).

The report stated that although the word "rape" was not used in the posting, it contained elements of threat and violence against a woman, which should not be taken lightly.