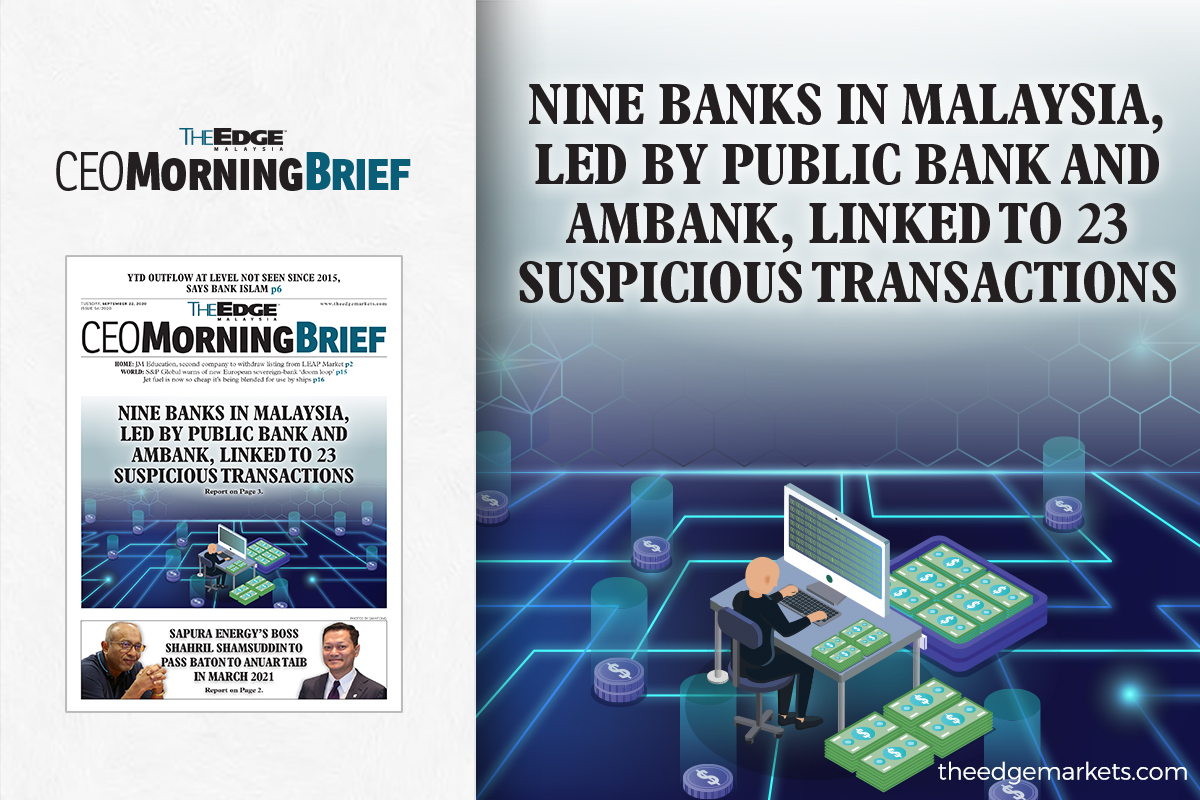 KUALA LUMPUR (Sept 21): A total of 23 transactions that flowed to or from banks in Malaysia between 2010 and 2016 had been flagged by US-based banks as suspicious, a leaked document of the US Treasury Department’s Financial Crimes Enforcement Network (FinCEN) revealed.

Out of the 23 transactions, a total of US$4.88 million involved incoming funds and US$13.38 million involved outgoing funds, according to the International Consortium of Investigative Journalists’ (ICIJ) website.

The 23 transactions, which were made between April 2010 and August 2016, involved overseas accounts in countries such as the US, Afghanistan, United Arab Emirates, Taiwan, Singapore, Poland and Latvia, the leaked document showed.