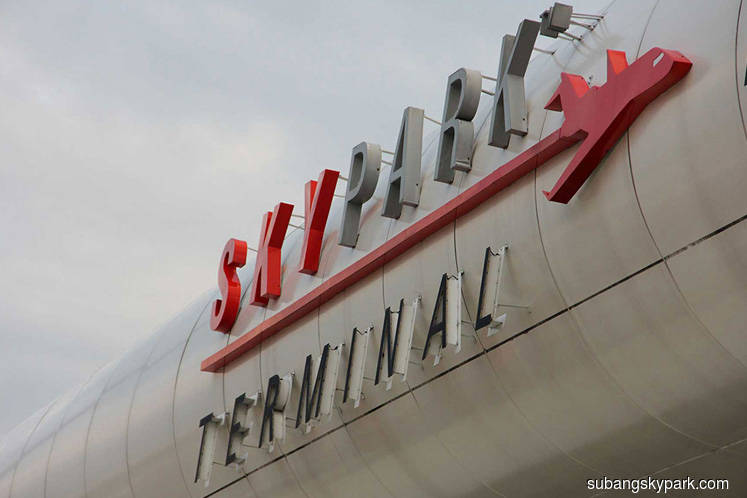 It is understood that negotiations, which have been going on for a while, should be concluded soon. However, at press time, it was not known whether Lim is going to buy Subang Skypark privately or under one of his publicly traded companies.

Lim is said to be looking to buy the private airport operator via his construction outfit WCT Holdings Bhd while another source thinks he may do it privately. “Whatever it is, the talks are almost concluded and he should surface soon as a 60% shareholder,” one of the sources says.

It is understood that the parties are awaiting the government’s approval.

Menon could not be contacted for comment while Lim’s key personnel were on leave for the Lunar New Year celebrations.

Menon and Aisamar each hold 30% of Subang Skypark while the remaining 40% is held by private company Anggun Intelek Sdn Bhd, a unit of Temasek Padu Sdn Bhd.

Subang Skypark had been profitable in the four financial years up till 2015, according to RAM Credit Rating.

For the financial year ended December 2015, it registered after tax profits of RM520,936 from RM21.08 million in revenue. It had total assets amounting to RM162.39 million and total liabilities of RM130.74 million.

Much of Subang Skypark’s growth is attributed Menon, who has steered the company since 2009, when it was awarded the 59-year concession by the government. Today, there are as many as three million passengers using the airport’s facilities annually.

Menon is also said to have been instrumental in Firefly, Malindo and private jet operator VistaJet utilising Sultan Abdul Aziz Shah Airport. He was also involved in the construction of the 8km KTM Komuter line that will link the airport to Subang Jaya Komuter station.

A source who knows Menon well says he will be a tough act to follow. Lim is understood to be keen to develop the surrounding land bank.

Details such as the actual size of the land are not available. However, according to its annual report, MAHB has a 60-year right of occupation that expires in December 2066. The Sultan Abdul Aziz Shah airport sits on 1,122 acres and there are pockets that Lim is said to be eyeing for low-rise developments such as malls. Being near the airport, such developments will not have a high plot ratio.

For its nine months ended September 2017, WCT registered a net profit of RM95.35 million from RM1.33 billion in revenue. It had cash and bank balances of RM539.24 million while, on the other side of the balance sheet, it had long-term debt commitment of RM2.2 billion and short-term debt of RM981.32 million.

WCT has under its belt the Bukit Tinggi Shopping Centre in Klang, Paradigm Mall Petaling Jaya in Selangor, Paradigm Mall Johor Bahru in Johor and the MAHB concession for [email protected], which has an airport-within-a-mall concept.

Considering WCT’s exposure to malls, Lim may use it to acquire Subang Skypark and develop the surrounding land bank.

Pavilion REIT operates its flagship Pavilion Kuala Lumpur mall, which contributed more than 85% of the REIT’s gross revenue. For the year ended December 2017, it posted RM249.45 million in net profits from RM490 million in revenue.

For the three months ended September 2017, Malton chalked up net profits of RM25.03 million from RM125.12 million in sales. Lim controls 35.53% of Malton. Last Wednesday, the counter closed at 90 sen, giving it a market capitalisation of RM472.69 million.