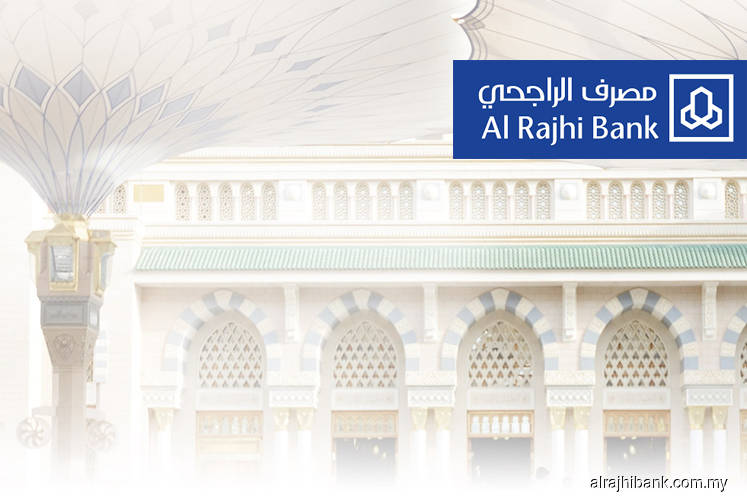 A merger between Malaysian Industrial Development Finance Bhd (MIDF) and Al Rajhi Banking & Investment Corp (M) Bhd (Al Rajhi Malaysia) is likely to be an all-share deal as the latter’s Saudi Arabian owner wants to stay on as a shareholder, sources familiar with the matter say.

“It will probably be an all-share deal as the Saudi [owner] isn’t looking to exit. It is understood to want to remain as a shareholder [in the enlarged entity],” one of the sources tells The Edge.

Sources say the parties are still at an early stage of talks and have yet to discuss pricing and valuation. “They’re still doing due diligence and looking at each other’s books,” one says.

It may be possible for a merger agreement to be entered into by the end of 2Q2019 or early 3Q2019, the source adds.

On Jan 10, MIDF announced that it had obtained Bank Negara Malaysia’s approval to embark on merger talks with Al Rajhi Malaysia. The central bank gave the parties three months to complete negotiations.

But with Bank Negara’s early April deadline looming and merger talks still at an early stage, some wonder if the parties may have to ask the central bank for an extension.

It is no secret that MIDF, a development financial institution (DFI), aspires to become an Islamic bank. Merging with an Islamic lender like Al Rajhi Malaysia is one way of getting there.

MIDF already does some Islamic financing but there are limits to what it can do without a licence. For example, it cannot collect retail deposits — one of the cheaper sources of funding for re­gular banks.

“[Having an Islamic banking licence] would give MIDF the flexibility of conduc­ting a wider range of businesses, including payments and internet banking,” a source told The Edge late last year.

Should a merger with Al Rajhi Malaysia pan out, PNB will likely remain the largest shareholder in the enlarged entity, observers say.

Al Rajhi Malaysia, which set up operations in October 2006, and Kuwait Finance House (M) Bhd are currently the only two remaining banks with Middle Eastern roots in Malaysia.

The two were among the first banks to make their foray into Malaysia after the country opened up its Islamic banking sector to foreign players.

Al Rajhi Malaysia’s shareholder may be keen on the merger with MIDF to streng­then the bank’s position in Malaysia. The lender started out with a retail banking focus but has struggled to make strides in that space a decade on. Following the appointment of Steve Chen as CEO in April 2016, the bank decided to put a stronger focus on corporate banking.

In September 2017, the bank revealed that its three-year strategy to 2020 would also see it return to prioritising retail banking, but this time, with a focus on the affluent segment. Digital banking is a key part of its agenda.

Neither MIDF nor Al Rajhi Malaysia are public listed entities. If merged, they would have combined assets of about RM14.09 billion — relatively small compared with the assets of Bank Islam Malaysia Bhd of over RM59 billion. Bank Islam is the country’s largest standalone Islamic bank.

Of the two, Al Rajhi Malaysia seems to be the bigger entity in terms of assets and profitability. Based on the unaudited interim financial statements posted on its website, the bank made a net profit of RM18.49 million for the nine months to Sept 30, 2018, almost three times more than RM6.43 million a year ago.

The bank had an asset size of RM7.79 billion and a gross financing book of RM5.14 billion. A large portion of its financing book comprises corporate and home financing. Significantly, it has shown an annual profit every year since 2009.

MIDF, however, slipped to a net loss of RM21.49 million in 9MFY2018 compared with a net profit of RM40.52 million a year ago. Its losses were because of higher expected credit loss allowance on loans, financing and advances, as well as financial instruments, of RM57.2 million. This came about after the new MFRS 9 accounting standard kicked in last year.

MIDF made an operating profit of RM48.2 million for the nine months, which was lower than the RM55.95 million seen in the same period a year ago. Operating revenue increased slightly to RM256.99 million from RM252.33 million previously. It had an asset size of RM6.3 billion.

MIDF was set up 58 years ago as the country’s maiden DFI. Its role was to ensure local manufacturing-based companies had access to financing. But it has since transformed into a more diversified group, with its key businesses being investment banking, development finance and asset management.

The bulk of its revenue and profit come from investment banking — via MIDF Amanah Investment Bank Bhd — and development finance.

The last Islamic banking merger in Malaysia was that of Malaysia Building Society Bhd and Asian Finance Bank Bhd. AFB, owned by four Middle Eastern shareholders, was acquired by MBSB early last year. MBSB, then a non-bank lender, had acquired AFB for its Islamic banking licence.