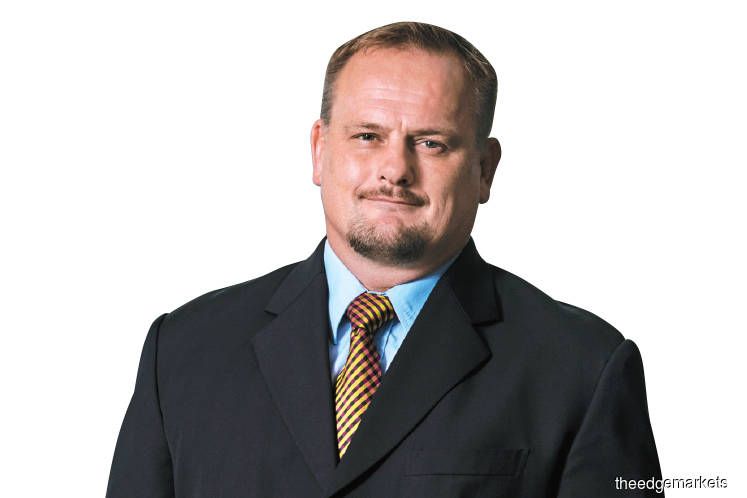 Realistically speaking, I do not see gold going below US$1,200 going forward > Halley

Gold will continue to be a safe-haven investment for investors amid multiple economic and geopolitical uncertainties, including rising tensions between the US and North Korea, say investment experts. Jeffrey Halley, senior market analyst at OANDA Asia-Pacific, believes that the precious metal — which closed at US$1,275 on Oct 3 — will move above the US$1,400 level in the next 12 months, if the upward trend is sustained.

“Gold is currently hovering at the US$1,200 to US$1,280 level. The outlook from a technical perspective over the same period is constructive and I cannot see it falling below those levels in the next 12 months.

“The US dollar strength and US bond yields are the primary drivers affecting the pricing of precious metals. Thus, it depends on whether the US Federal Reserve follows through with an interest rate hike this December and another three hikes next year, and whether it will push up global and US bond yields,” Halley tells Personal Wealth.

Standard Chartered, in its Global Market Outlook report released on Aug 15, says although the odds of a Fed rate hike have fallen this year, the company still believes that central banks will gradually raise interest rates and the dollar will not weaken significantly. This will gradually lead to higher global yields, which will cause gold’s upside to be limited.

Without any major surprises, gold prices should be moving between US$1,300 and US$1,380 over the next several months, according to the Sept 8 Precious Metals Outlook report published by CPM Group for US-based precious metals dealer Monex Deposit Company (MDC). The report says gold could move in a volatile manner over the next three months as events unfold, pushing prices higher and lower.

One factor that has been supporting gold prices in the past few months is the expectation of monetary policy tightening by the European Central Bank (ECB). The expectation has pushed up the euro versus the US dollar, boosting dollar gold prices. According to the report, ECB is likely to begin reducing its bond purchases next year, but may do so at a very slow pace.

“The ECB is concerned about the ascent of the euro and the negative consequences it may have on the European economy as well as inflation. If the reduction in bond purchases falls short of market expectations, it could limit the euro’s ascent or even result in some correction. This could then have a negative impact on the dollar gold price,” says the report.

Gold has seen a decrease in demand this year. According to the Gold Demand Trends Q2 2017 report released by the World Gold Council on Aug 3, demand in the first half of the year at 2,003.8 tonnes was 14% lower than that of last year, affected by the slower exchange-traded fund (ETF) inflows.

However, global assets under management for gold-backed ETFs reached 2,313 tonnes or about US$92.4 billion by end-June, the highest month-end total since October last year. According to the report, this signals a continued interest in gold investment among retail and institutional investors.

Gold reached its 2017 high on Sept 8, closing at US$1,346, prompted by lingering US-North Korea tensions and the weaker greenback. The geopolitical events that are currently affecting gold prices include the Iranian sabre-rattling, North Korean accusations and Kurdish independence referendum, says Halley.

In mid-September, US President Donald Trump criticised the Iran nuclear deal, sparking speculation that he may pull the US out of the deal before the deadline on Oct 15. This will not only have far-reaching consequences for the relations between the two countries but also the stability in the Middle East and global markets.

Meanwhile, on Sept 26, North Korean Foreign Minister Ri Yong-Ho accused Trump of declaring war on the country, saying that Pyongyang had the right to take countermeasures, including the right to shoot down US strategic bombers even when they are not inside the country’s borders. The White House dismissed the statement, and warned Pyongyang to stop its provocation.

“I’d rather it did not happen but if a war breaks out due to North Korea, gold will go up massively — probably trading above the US$1,800 level. If there is a global stock market crash next year resulting from the degradation of relations or any other events, gold will definitely be trading much higher than that. There are so many variables at the moment. We don’t really know what is going to happen but realistically speaking, I do not see gold going below US$1,200 going forward,” says Halley.

There will be many factors and legitimate concerns that will drive the price of gold and other precious metals, including a war between North Korea and the US. Despite this, the MDC report says this is unlikely to happen. The event that is materialising is the ongoing dysfunctional performance of the US government, which should provide downside support for prices and modest upward pressure on gold prices.

Due to the uncertainties in the market, it is increasingly important for investors to have an allocation in gold for diversification, says Chris Gan, vice-president of the Singapore Precious Metals Exchange.

“The price of gold over the past year has been volatile and there have been ups and downs, but the fluctuation generally hasn’t been that wide. Unless something drastic happens, such as North Korea launching a missile that hits Japan or other similar event, there won’t be any sudden spike in pricing,” says Gan.

Halley concurs, saying that investors should benefit from the geopolitical, currency market and interest rate volatility that underpins gold. “Gold is currently in a technical retracement zone. As we enter the last quarter of the year, there will be a lot of geopolitical volatility that will be supportive of gold. These levels are as good as any for investors to have gold allocation in their portfolios as a hedging tool and for diversification.”