A nation in search of direction 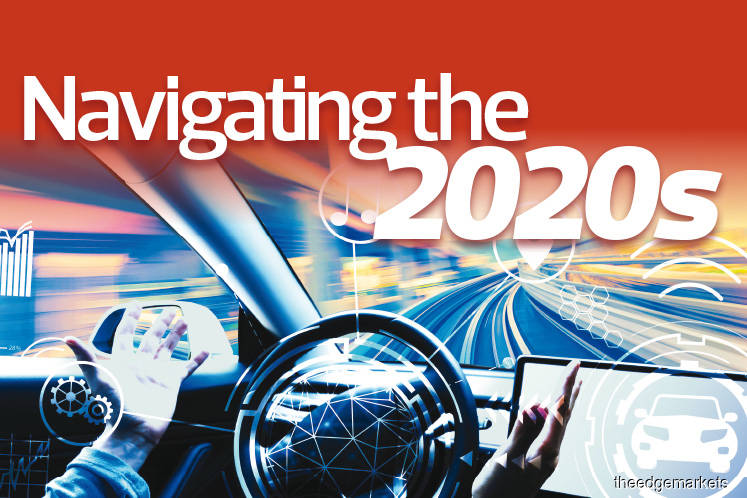 The national sky is dotted with dark clouds as we begin the decade. There are serious challenges to be overcome even though there is much that gives hope in terms of reforms and new beginnings.

How Malaysia handles five threats could determine whether the third decade of the millennium will lead us into a period of upheaval or take us towards a mature, progressive future.

The uncertainty over whether the transition to a new prime minister will go ahead as promised, despite constant assurances about it, does not bode well for the country’s political culture.

Prime Minister Tun Dr Mahathir Mohamad, PKR president Datuk Seri Anwar Ibrahim and the other members of the Pakatan Harapan presidential council who agreed upon the succession plan must make the transition process and timeline clear before the moment is lost.

As we stand on the cusp of 2020, it is timely to recall that Malaysia had dared to dream of being an advanced country by this date.

When Mahathir announced the Wawasan (Vision) 2020 development blueprint in 1991 as the then fourth prime minister, it seemed like a long way to go.

The “wawasan” Mahathir talked about in 1991 has been replaced with the Shared Prosperity Vision 2030.

“Vision 2030 needs a sense of leadership and if the transition takes place according to plan, will the new leadership have the same intention as it is now?” asks political analyst Dr Sivamurugan Pandian.

What does the future hold for young leaders like Nurul Izzah Anwar of PKR and Umno’s Khairy Jamaluddin, who seem to have drifted from mainstream politics despite showing much promise earlier. Then there is former PKR vice-president Rafizi Ramli, who recently announced his resignation from politics.

Azlan opines that in the current political circumstances, these leaders have not got the space to fulfil their potential.

“For them to make a comeback, it would need a total rejuvenated leadership in government as well as their respective parties,” he says.

That applies to many other young politicians as well — leaders of the future waiting in the wings.

A related threat to the nation concerns the question of political stability, which was unquestionable for decades, but has now become a precious commodity.

The Pakatan Harapan coalition, which united to answer the call of destiny to save the country from a decadent administration, now faces a test of its own. Will it resist the allures of power and institutionalise a system of checks and balances on the executive, so that the prime minister’s term in office is not a matter for negotiation?

Beyond a mere limitation in time, however, the mandate of the people must rule over those who hold office.

A third threat, and one that is exceedingly grave, is that which hangs over our social cohesion. The easygoing Malaysian used to be touted as a prime example of harmonious race relations for the world. Today, this spirit of muhibbah is being put to the test almost without respite on multiple fronts.

Ilham Centre’s Mohd Azlan observes that of late, liberalism is being defeated by populism and fascism. This global trend is growing in strength as the right-wing populism movement.

Race and religion are being exploited for political ends, leading to extremism. Conflicts are becoming vicious, polarisation is widespread and civil society seems to be in a daze. Clashes between issues of rights and identity are worsening. Technology is being abused to spread lies, slander and fake news.

The 2016 US presidential contest, which Donald Trump won despite the racism he professed, has become a milestone event. That gave the right-wing movement the world over a boost.

In Malaysia, religious and racial issues are also being whipped up for political gain. Political parties big on racist rhetoric are becoming bolder and have achieved some political victories.

A series of studies by Ilham Centre since the 14th general election show that women, middle-aged men and older Malay Muslims are still holding on to the Ketuanan Melayu concept that proclaims Malays as the masters of the land.

A substantial number of Malays are still sceptical as to whether the PH government is doing enough for the community. Political parties that flog the message that Islam and the Malays are under siege have maintained their hold on their voter base.

Taking advantage of the current Malay sentiment, Umno is veering to the right and PAS is becoming more hardline.

To add to our troubles, the non-Malays, in particular the Chinese, are hitting back. Groups like Dong Zong — which champion the Chinese cause, especially in education and are long accused of being racist — are carrying on intensely with their fight, currently over the teaching of Jawi in schools.

This is like inadvertently giving bullets to the enemy. Hardline Malay groups now have ammunition to not only target Dong Zong but the entire Chinese community.

Fair-minded Malays who never liked the hardliners are now finding themselves agreeing with the extreme Malay groups.

Struggling for a lifeline, MCA has seized the opportunity to champion the Chinese community by fanning Chinese sentiment like never before.

Ironically, for their political survival, MCA and MIC have no qualms about being friendly with PAS under the cover of Muafakat Nasional, the Umno-PAS alliance.

But the question is will the MCA and MIC survive in the years ahead or will they be punished by the communities they claim to represent who fear the Malay-centric Umno and a “Talibanised” PAS?

“MCA and MIC will survive with support from within the Muafakat Nasional framework. They will also survive if Pakatan Harapan repeats its mistakes as voters will turn away, not because they love MCA and MIC more, but out of anger and dissatisfaction,” says Siva.

Siva refers to the missteps of the Pakatan Harapan government that have alienated the non-Malays, who are dissatisfied over PH’s performance thus far.

Mohd Azlan says the government must be quick to allay the fears of the Malay community as it needs to at least maintain the number of Malay votes that it obtained in GE14 as the Malay support is “fragile”.

The key to winning the battle between hardline racial and religious sentiments and inclusive and cooperative attitudes lies with the people, who must show maturity and good judgment in choosing not to be swayed by extremist messages and, instead, plant the seeds of communal harmony in our midst.

Our resilience as an economy is also under strain as external headwinds dampen the prospects for sustaining growth. Internally, structural weaknesses continue to plague efforts to transform Malaysia into a high-income nation.

In the face of these challenges, sustaining investor confidence becomes a priority in order that the new beginning that was born with the first change of government since independence is not buried under the weight of past errors.

Economic stability, says Azlan, is one of the keys for the government to regain public confidence, as economic hardship and cost of living issues are major concerns of the people.

“Therefore, whatever policy is to be introduced must take into consideration the rakyat,especially its effect on them,” he adds.

Malaysians must also not feed the negative thinking that the country is on a downward spiral, as this will only turn out to be a self-fulfilling prophesy. Now is the time for all of us to show our love for the country by helping to build it up, each in our own way.

It will not be an easy journey, and the efforts that we put in will only be enjoyed by the next generation.

In the final analysis, it is the people, especially the young, who will decide if multiculturalism will be eroded and whether the politicians who are undermining it are free to continue doing so.

An Ilham Centre study reveals that many young Malay Muslims say Malaysia Baru is for everybody to share equally, but with the

caveat that all races must respect one another.