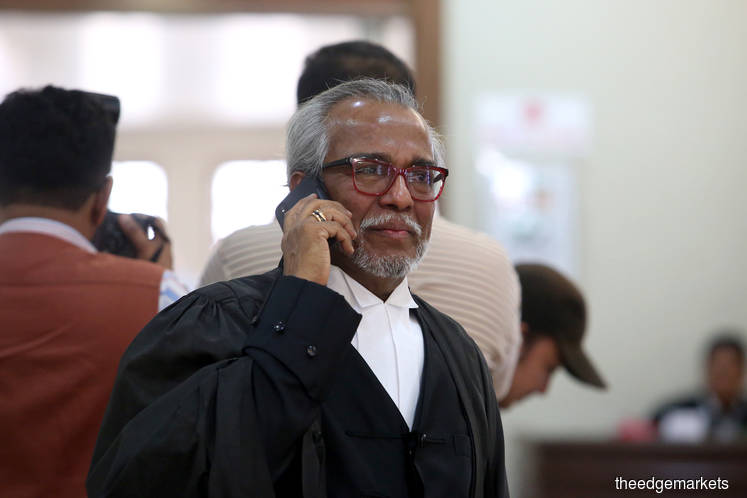 KUALA LUMPUR (July 1): The defence in the SRC International Sdn Bhd trial has suggested that the signatures of the company's director Datuk Suboh Md Yassin that were used in instruction letters directed to the bank for the transfer of funds from the former subsidiary of 1Malaysia Development Bhd (1MDB) could have been forged.

During the cross-examination of Suboh, Datuk Seri Najib Razak's lead counsel Tan Sri Muhammad Shafee Abdullah had brought up several slides that were prepared by the defence, which were copied from several documents containing Suboh's signature, such as instruction letters and payment slips.

After the witness had verified the legitimacy of the scanned copies with the original copies of the document, the defence proceeded to superimpose two separate copies which showed that Suboh's signature on both copies were exact and identical.

"Do you agree that the two signatures are identical?" asked Shafee.

The defence then proceeds to demonstrate how the scanned and original copies of other letters also sported the same exact signature.

They then superimposed 11 documents that were dated between 2014 and 2015 on the projector to prove the point, after the witness had requested the defence to do so.

Shafee then showed another set of documents that had identical signatures, albeit in varying sizes to further prove his point.

"I think you are quite satisfied with what I have demonstrated. I have virtually conclusively proven that your signature on the hardcopies have been forged and while the signatures on the scanned copies are probably yours, it was repeatedly copied and pasted and sent to the bank as though they were originals," said Shafee.

The lawyer said it is possible to determine who the "rascal" is, pointing out that there were no problem with former SRC managing director Nik Faisal Ariff Kamil.

"I'm putting it to you that Nik Faisal forged your signature, scanned your forged signatures and sent them to the bank," said Shafee.

The lawyer then suggested that Nik Faisal saw Suboh as a trusting man and took advantage of him and had also brought up Suboh's health condition previously, which could have made him a target.

Shafee then went on to highlight that none of the directors at the time had questioned Nik Faisal whenever he issued orders from the "top people", although Suboh responded saying that the memorandum and articles of association (MAA) had amendments, which included the insertion of the adviser emeritus' scope of powers.

"The system in place was such that it allowed for this to happen," said the witness.

During the earlier examination in chief by the prosecution, Suboh had said that before he signed any document, he would let Nik Faisal sign first.