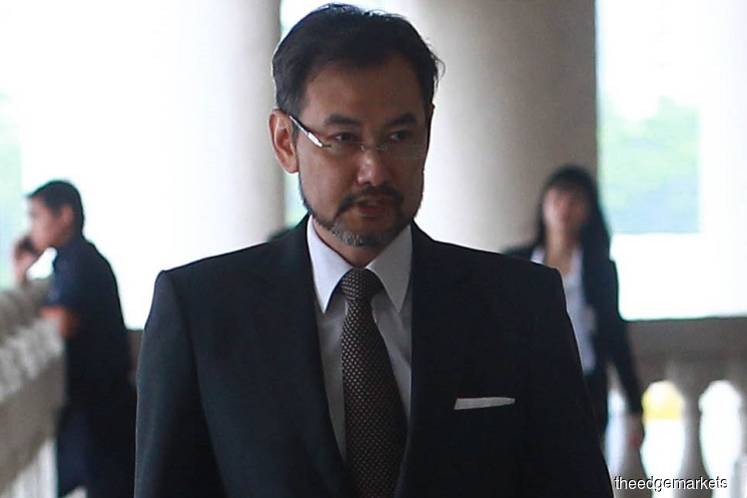 Lead defence counsel Tan Sri Muhammad Shafee Abdullah lobbed this accusation at Shahrol, who is the ninth prosecution in the trial, while grilling him on a proposed investment by 1MDB into French energy company GDF Suez.

"Nik Faisal already prepared the meeting minutes on July 21, 2010 before [the meeting took place on the same day], he must have a special talent in [being] able to know what is going to happen," said Shafee.

The witness replied that he was not able to guess how that happened, and suggested that the minutes were a result of earlier discussions.

"So you are just guessing," Shafee said.

Shafee argued that he was not guessing as his inference came from previous documents.

Shafee then suggested that Shahrol could be part of the conspiracy with Jho Low and Nik Faisal.

"You are, in what a Malay proverb says 'Cuba menegakkan benang yang basah' [defending the indefensible], you are part of this conspiracy and you put the Prime Minister to it and compromise your position," the lawyer said.

Shafee also said former Prime Minister Datuk Seri Naijb Razak alone was not able to perform the function of entire 1MDB board of advisers in advising the fund's directors about the GDF Suez investment.

Although Shahrol agreed, he explained that 1MDB board of directors were appointed by Najib as the fund's sole shareholder in his capacity as Prime Minister and Finance Minister.

"Legally speaking, we need to state specifically which position that DS Najib was in when we discuss with him, but at that time 1MDB board of directors' mindset was that 'Look, we need to get the advice from DS Najib'," Shahrol explained.

"You listen to Jho Low too much [and] you forgot your own M&A," Shafee said.

"No, I disagree," Shahrol said.

Najib currently faces four charges of abuse of power and 21 counts of money laundering in relation to billions of ringgit allegedly sourced from 1MDB.