Mohd Irwan was not his usual cheerful self when he arrived at 8.13am amid police escort. Photo by: Mohd Suhaimi Mohamed Yusuf 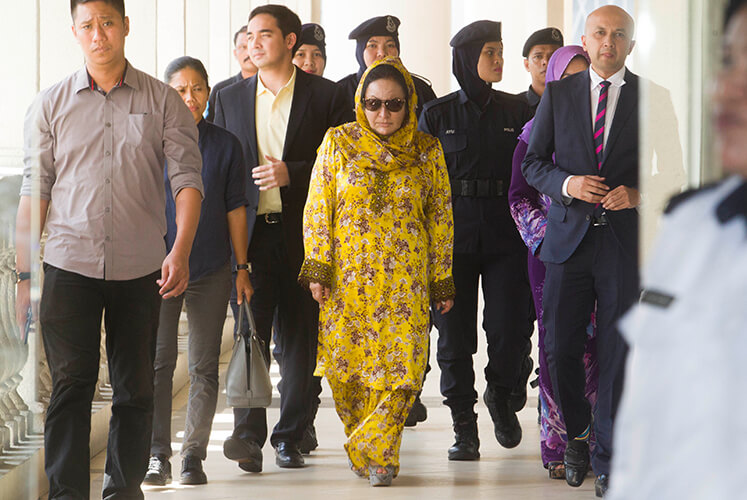 Datin Seri Rosmah Mansor was at the KL Court Complex to give moral support to Najib. Photo by Patrick Goh 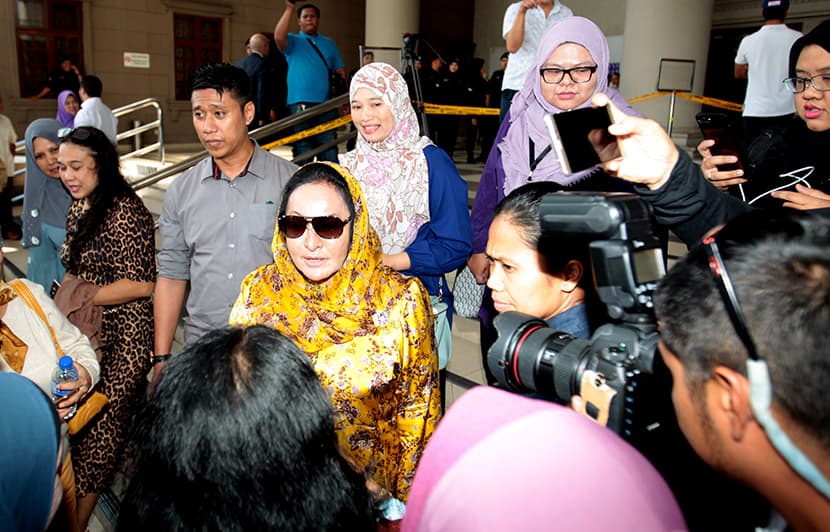 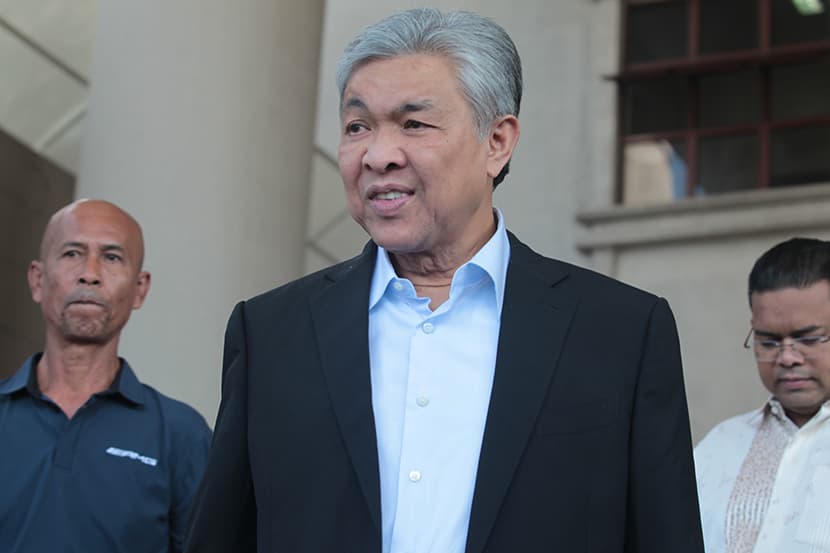 Part of the monies has been slated for certain purposes including the management expenditure of KLIA, and subsidy and cash assistance, reportedly under the Budget 2017 allocation.

It has been reported that the monies were channelled to 1Malaysia Development Bhd (1MDB) instead, to repay its debts including US$1.2 billion to Abu Dhabi sovereign wealth fund International Petroleum Investment Co (IPIC) in April 2017.

The prosecution is led by senior deputy public prosecutor (DPP) Datuk Seri Gopal Sri Ram, a retired Federal Court justice who was appointed in September by the attorney-general to handle 1MDB-related cases.

Najib's defence is led by prominent lawyer Tan Sri Muhammad Shafee Muhamad Abdullah, who also served as his lead attorney for his other prosecutions of 32 graft-related charges since July this year.

The charges are to be read before Sessions Court judge Azman Ahmad.

Right before the charges were read, Azman agreed for the court to postpone for half an hour upon Shafee's request, on grounds that the prosecution only shared the charge sheet with the defence five minutes before the court session.

"All the six charges, I need to elaborate the impact of the charges to my client before we take the next instruction," said Shafee.

She allegedly committed the offence between April 30, 2018 and May 9, 2018, according to a charge sheet sighted by theedgemarkets.com. Her case will be handled by Sessions Court judge Rozina Ayob.

All the charges can be punished under Section 409 of the Penal Code and read with Section 34 of the same code. If found guilty, each offence entails a jail time of between two and 20 years, including whipping and a fine.