Najib sues AmBank and banker who managed his accounts 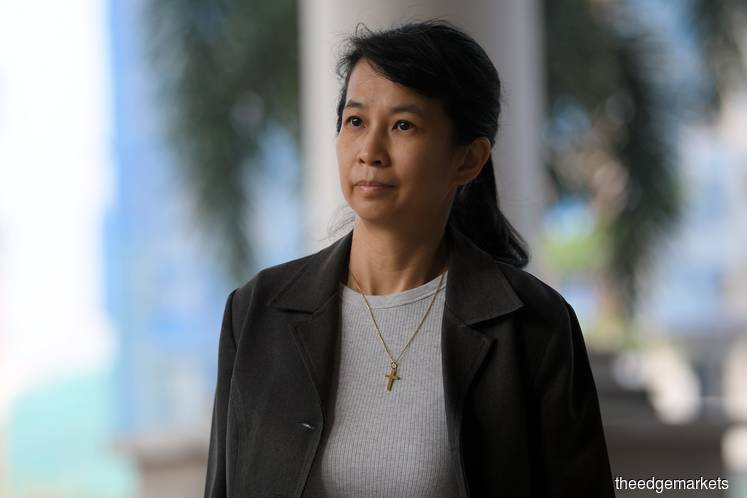 The suit — filed by Najib's solicitors Messrs Shafee & Co and also naming AMMB Holdings Bhd as a defendant — is concerning AmBank accounts ending 694, 880, 898 and 906 which Najib claimed were managed by AmBank without his knowledge.

AmBank and AMMB, in a filing with Bursa Malaysia today, said they have appointed solicitors to “vigorously oppose” the suit, adding that the solicitors have advised them the allegations are unsustainable and that they have a strong defence.

They said they were served with the writ and statement of claim on Monday (Dec 9).

The statement of claim, a copy of which was sighted by theedgemarkets.com today, said: “Unbeknownst to the plaintiff at the material time, AmBank caused and/or acquiesced to Joanna Yu being designated as a ‘relationship manager’ over the 694, 880, 898 and/or 906 accounts.”

“In this capacity, Joanna Yu personally or through the actions of her subordinates acting under her instructions, became the main personnel and/or agent of AmBank, through which all dealings on the plaintiff's accounts were undertaken at the material time,” it said.

The statement claimed AmBank and Yu breached their duties and were negligent in the affairs concerning the accounts, as they had disclosed information to fugitive businessman Low Taek Jho (Jho Low), whom the suit referred to as an unauthorised third party.

Najib’s statement of claim also said the bank and Yu acted on Jho Low's instructions to actively ensure the account and other banking statements were kept away from the former premier, and they failed to contact him directly to inform Jho Low was seeking disclosure of information and documents.

It also accused the bank of failing to notify Najib, despite the accounts being overdrawn millions of ringgit for more than 30 times, as a result of cheques issued from the accounts and due to insufficient balances at the time.

Regularising the accounts was done via 20 transactions of cash deposits over RM12 million at Jho Low's behest in collaboration with other unauthorised third parties, through several local and foreign remittances of funds, followed by instruction letters given by Jho Low, the statement said.

“This repeated state of affairs would have led to the conclusion that neither Jho Low, nor the authorised person, had knowledge of the number or value of cheques prior to the issuance and presentation of the same and efforts to regularise the accounts were being taken as a knee-jerk manoeuvre to ensure the cheques presented did not bounce under the circumstances,” it said.

This, it said, would justify reasonable cause to believe or suspect that Najib, in issuing the cheques, was not informed of the actual state of the accounts and by extension, the transactions to regularise the accounts from overdrawn positions and efforts to seek the bank's indulgences to not dishonour the cheques.

It accused AmBank and Yu of intentionally and fraudulently concealing the matters from Najib, to avoid liability and sanctions by the relevant investigating agencies.

Najib's statement of claim said the acts and omissions of AmBank and Yu were only discovered by him during the SRC trial, when the prosecution presented the communications between Yu and third parties concerning the accounts during her testimony beginning July 22 to Aug 6.

It added there was no way for Najib to know about the affairs, given the relevant information was only discovered following Bank Negara Malaysia and the Malaysian Anti-Corruption Commission's evidence gathering during investigations.

Najib is seeking special, general, aggravated and exemplary damages, and interest on all amounts to be assessed by the court.