Najib evasive on his knowledge of CIA letter 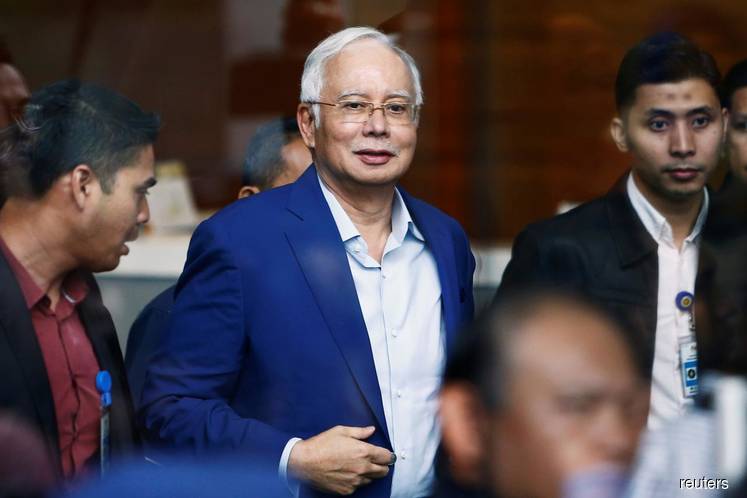 KUALA LUMPUR (July 25): Former Prime Minister Datuk Seri Najib Razak was evasive on his knowledge of a letter written to the US Central Intelligence Agency (CIA), saying he was not aware of it. However, he added it is bad precedent to leak information considered to be government secret.

Najib said the letter written by the director general of the Malaysian External Intelligence Organisation, Hasanah Abdul Hamid, to the CIA, was penned 'too late' as it was during the 14th general election campaign (GE14) period, and would not have affected the outcome.

“The letter was not directed to me. It was written by the agency (but) whether it is written or not, you must ask them, not me. Anyway, it was too late — it was during the campaign period and would not affect the election result.

“It was done agency to agency (but) I cannot confirm or deny that. It is up to the agency (to confirm) but I had no knowledge whether it was written or not. It is not our policy to expose government secrets,” Najib said.

Speaking to reporters at the Parliament lobby, he added: “If we expose (such letters), there is nothing considered secret. The policy is not to comment on leakages. This is very bad precedent”.

On July 22, DAP stalwart Lim Kit Siang questioned on his blog whether the said letter to the CIA on May 4, seeking US support if the GE14 results turned out to be close, was the reason why the Najib administration had not protested or taken any action against the US Attorney-General Jeff Sessions’ public condemnation of the 1MDB corruption scandal at an international forum as “kleptocracy at its worst” in December 2017.