Najib calls for immediate release of Malaysians in North Korea 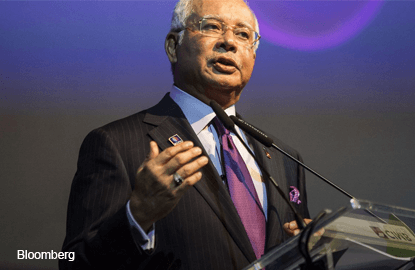 KUALA LUMPUR (March 7): Prime Minister Datuk Seri Najib Razak has called upon North Korea to immediately allow Malaysian nationals to leave the country, condemning its detaining of Malaysian citizens as an “abhorrent act” which is “in total disregard of all international law and diplomatic norms.”

“I condemn in the strongest possible terms, North Korea's decision to prevent Malaysian citizens from leaving the country,” Najib said in a statement today.

“As a peace-loving nation, Malaysia is committed to maintaining friendly relations with all countries. However, protecting our citizens is my first priority, and we will not hesitate to take all measures necessary, when they are threatened,” he added.

Najib further said he has summoned an emergency meeting of the National Security Council and has instructed the Inspector General of Police (IGP) to prevent all North Korean citizens in Malaysia from leaving the country until the safety of Malaysians in the country is assured.

“Our hope is for a swift resolution. I call upon the North Korean leadership to immediately allow our citizens to leave to avoid any further escalation,” he added.

Reuters reported this morning that North Korea has temporarily banned Malaysians from leaving the country to ensure safety of its diplomats and citizens in Malaysia, amid an escalating row over the killing of North Korean leader Kim Jong Un's half-brother.