MySay: Trouble ahead with cheaper oil? 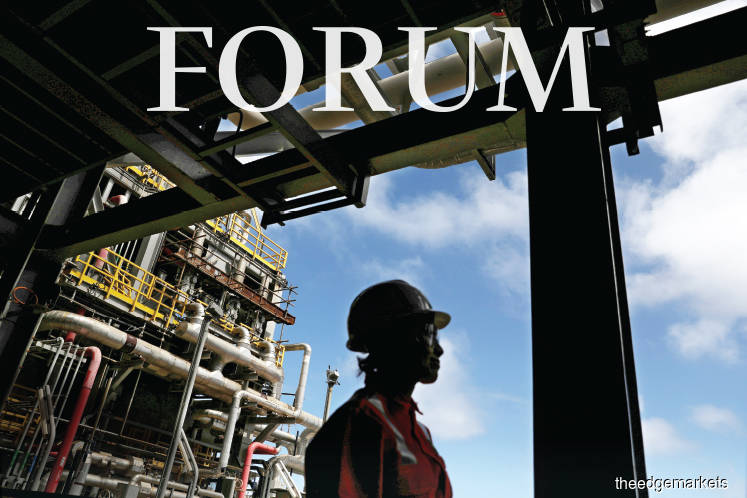 With Brent crude oil prices dipping below US$60 per barrel in late November, concerns have naturally emerged over the possible impact of this on the Malaysian economy.

For one thing, Malaysia’s economic performance has always been closely tied to crude oil price trends. Plunging prices in mid-2014 and 2015 caused growth to soften to nearly 4% in 2016, below its long-term trend. The more than 100% recovery in prices last year partly explained the rebound in Malaysia’s economic growth to nearly 6%. This is unsurprising, given that the total combined export value of crude oil and liquefied natural gas was RM70 billion last year. This was close to the RM95 billion recorded in 2013 to 2014.

The initial positive sentiment on the global oil and gas industry, sparked by favourable supply-demand dynamics, pushed Brent crude above US$85 per barrel in early October this year. This sentiment fizzled out in late November after several major global banking institutions (for example JP Morgan) scaled down their crude oil price forecasts for 2019 by 10% to 15% from their earlier projections of more than US$70 per barrel.

The sudden jitters in the global oil market are understandable because this is the first time prices have dipped below US$60 since October 2017 — more than 20% from the recent peak — entering “bear market” territory. The prospects for 2019 are now more uncertain, although many forecasters have not budged from their earlier projections. The US-based Energy Information Administration, for example, reiterated its average price forecast of US$72 per barrel for 2019 in its November publication.

As for the Malaysian economy, the government’s medium-term price assumption set in the Medium-Term Fiscal Framework of between US$60 and US$70 per barrel between 2019 and 2021 looks fairly reasonable. Although prices have dipped below US$60 per barrel, it is too early to be overly pessimistic about prospects going forward. And though prices may not be as high as in recent months, their average could remain in the low US$60s per barrel next year.

Worries about an oversupply resulting from high US production, the US-China trade war, China’s economic soft landing and rising US interest rates are among the factors that put a dampener on the oil market’s bullish sentiment earlier. Some of these concerns could fade if the trade war eases and the Fed starts to soften its stance going forward.

The medium-term outlook remains relatively unchanged, at least at this juncture. However, price swings are expected in the near term as sentiments of greed and fear run wild. In fact, independent projections are even looking at an average price of less than US$60 per barrel next year, although this price level may not be sustainable, especially if the US economy continues to flex its muscles in 2019. A quick check through various publications, however, revealed that global forecasters are still comfortable with average prices ranging from US$60 to US$70 per barrel in the next one to two years.

So, are our budget deficit targets still attainable against this backdrop? Can deficits be financed domestically? Things look safe, at least for this year and next. Contributions from Petronas, as mentioned in Budget 2019, will help support the government’s financial position. This is needed now when the growth of other revenue sources is not expected to be overly robust next year. From the expenditure side, plans to further rationalise certain expenditures (for example petrol subsidies) and trim public investments would certainly ease the fiscal burden in 2019. And if Brent crude does not crumble like it did in 2014 to 2015, then the more than RM50 billion deficit projection for 2019 looks attainable.

Of course, another issue the financial market is concerned about is the way the deficit is going to be financed. After all, the deficit in itself does not really mean anything. Certain means of financing the deficit can cause borrowing costs to rise while other ways could lead to higher foreign currency risk (if done through external borrowings) or inflation (in the case of monetisation). For Malaysia, domestic funding is not really a problem. Issuances of Malaysian Government Securities and Government Investment Issues are highly sought after by local institutions. There is thus still room for such funding. After all, Malaysia’s debt level remains below the self-imposed limit of 55% of GDP.

There is one important factor worth monitoring, though — Malaysia’s economic performance in the near term — as this could affect overall revenue collection. We saw how real gross domestic product growth was adversely affected in the second and third quarters of the year. Exports bore the brunt due to a supply shock (disruption of gas production in Sabah and Sarawak), which is expected to last until the middle of next year. This does not bode well for the country, especially when crude oil prices are not expected to be as high as they have been this year.

Adding to this is the moderation in other commodity prices, which is taking a toll on the overall export sector. If one were to scrutinise recent statistics, the third quarter’s contraction in real exports (of goods and services) partly reflects the downward pressure on other commodities such as palm oil and rubber.

In the first three quarters of the year, the gross export of palm oil and rubber fell 15% and 23% year on year respectively in terms of value. The fact that crude palm oil prices have slipped below RM2,000 per tonne is disturbing as this can have negative repercussions for rural household incomes and the economy at large.

The point here is that weaker-than-expected headline economic growth, if it materialises, will exert pressure on government tax revenue. This will, in turn, affect the government’s fiscal position. Even the government projects a mild tax revenue growth of 0.8% for next year. If this happens, it will unnerve investors who are already paying close attention to Malaysia’s sovereign rating. Defending headline economic growth will likely be the government’s priority if the global environment proves to be unfavourable next year.