Mysay: Finding it hard to cope with an uncertain US-China trade deal 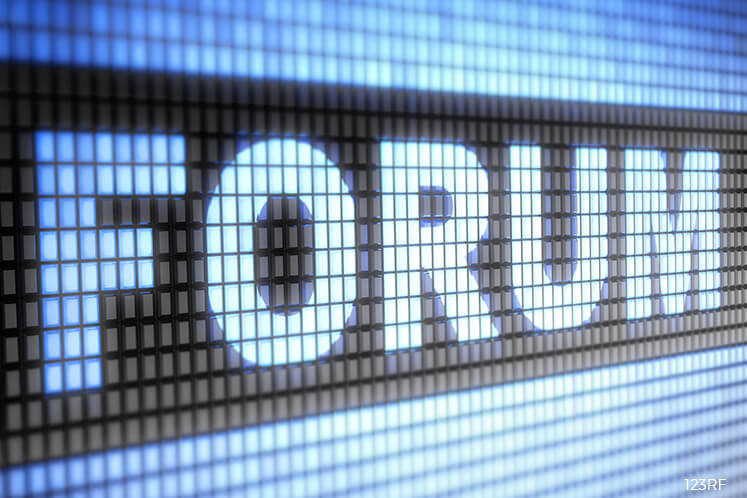 In 1994’s Forrest Gump — arguably one of Hollywood’s most memorable films — Tom Hanks taught us how his momma wittily described life — it is like “a box of chocolates”. He meant that life is so unpredictable that “you’ll never know what you’re gonna get”. Many moviegoers loved that phrase.

Twenty-five years later, economists are learning to appreciate that phrase again as they examine how trade tensions are evolving between the world’s two largest economies — the US and China. In fact, if one were to think about the current US trade policy with the rest of the world, it could well be described as a “huge box of chocolates” — nobody knows what will happen the next day.

One day, tariffs are to be imposed on all goods from China, the next day, that plan is shelved. Also, who can forget the day when everyone scrambled to decide what to do with their Huawei smartphones after the US restricted the technology firm from buying hardware, software and services from US suppliers? In retrospect, that seemed to be a temporary threat by the US to get the trade deal going. And this happened within a short span of just a month or so.

This explains the considerable volatility in the financial markets every day. Who can blame traders and investors when they have to react to such news? Admittedly, some short-term traders have enjoyed the roller-coaster ride. Responding appropriately to volatility makes them good profits. But other investors are finding it tough to cope. With US equity indices rising at a time when bond yields continue to slide, many have become extra cautious. History has not been kind to those who were in the market during periods like this. No wonder some have thrown in their towel, deciding instead to stay on the sidelines until some clarity emerges in the global trade situation.

The scramble for safe-haven financial assets has become the order of the day. Global bond yields have succumbed to fears that the worst-case scenario will unfold. The yields for 10-year US Treasuries slipped to below 2% in recent weeks — the lowest since November 2016. Many who were expecting yields to ascend on the back of interest rate hikes in 2019 have now abandoned their projections. In fact, the majority of investors are already looking at rate cuts of 50 basis points or more in the next six months. Hence, bond yields will continue to be driven down. If this does not reflect fears of a sharp fall in the financial markets, we don’t know what does.

Notwithstanding this, news reports seem to suggest that the US wishes to be less predictable in its foreign policy. Making people guess its next move will give the country some leverage in its negotiations with the rest of the world, according to some opinions. This is a typical strategy in the business world, and it works to some extent.

But while a strategy of imposing unpredictable rules works well in some business dealings, it could have other repercussions when one is engaged in long-term trade relationships with other countries. This is because businesses generally prefer stability when dealing with their foreign trading partners. A relatively stable exchange rate and trading rules would ease decision-making.

On the other hand, it is tiresome to adjust to rapidly changing trade requirements. On top of that, drastic turnarounds in business rules make businesses wonder how long the present rules will last. Trust is crucial for long-term business relationships. It is important to remember that in China, you need to build trust first; once that is achieved, only do you then do business.

This is why the US’ recent decision to restart trade negotiations with China and relax its restrictions on Huawei Technologies may not reverse the deteriorating trade sentiment. China, as well as other countries around the world, are now extra cautious as they wonder how US trade rules will change again. If the US can reverse its rules in a matter of months, those rules can easily be reversed again.

As such, the global trade outlook — while not deteriorating seemingly as fast as earlier projected — will likely continue to worsen. Global trade volume and semiconductor sales numbers are already resembling the period prior to the Global Financial Crisis in 2009. Although it may not be as bad this time around (aggressive initiatives are being taken to avert the worst-case scenario), the cautious sentiment has spread across the globe. Indeed, the trade tensions that started in mid-2018 have had a marked impact on Asia’s open economies.

In Singapore, for instance, an established financial research firm is forecasting the island nation’s economy to experience a mild technical recession this year due to weaker-than-expected trade performance. Accordingly, Singapore’s non-oil domestic exports contracted at a double-digit pace for three consecutive quarters. Similarly, Malaysia’s export growth was almost flat for the first five months of the year, edging up by only 0.3% on a year-on-year basis.

One can only hope that the present trade tensions will not morph into a currency war in the near term. In this regard, the world will look at China to see if it can fulfil its pledge to not use the renminbi to protect its export turf. Export-dependent Asian economies, in particular, will closely watch the developments as China remains one of their major export destinations. An unexpected devaluation of the renminbi could induce other Asian countries to follow suit, giving rise to more uncertainty in the global economy — another “huge box of chocolates”, to put it in Forrest Gump’s parlance. We hope this will not happen.