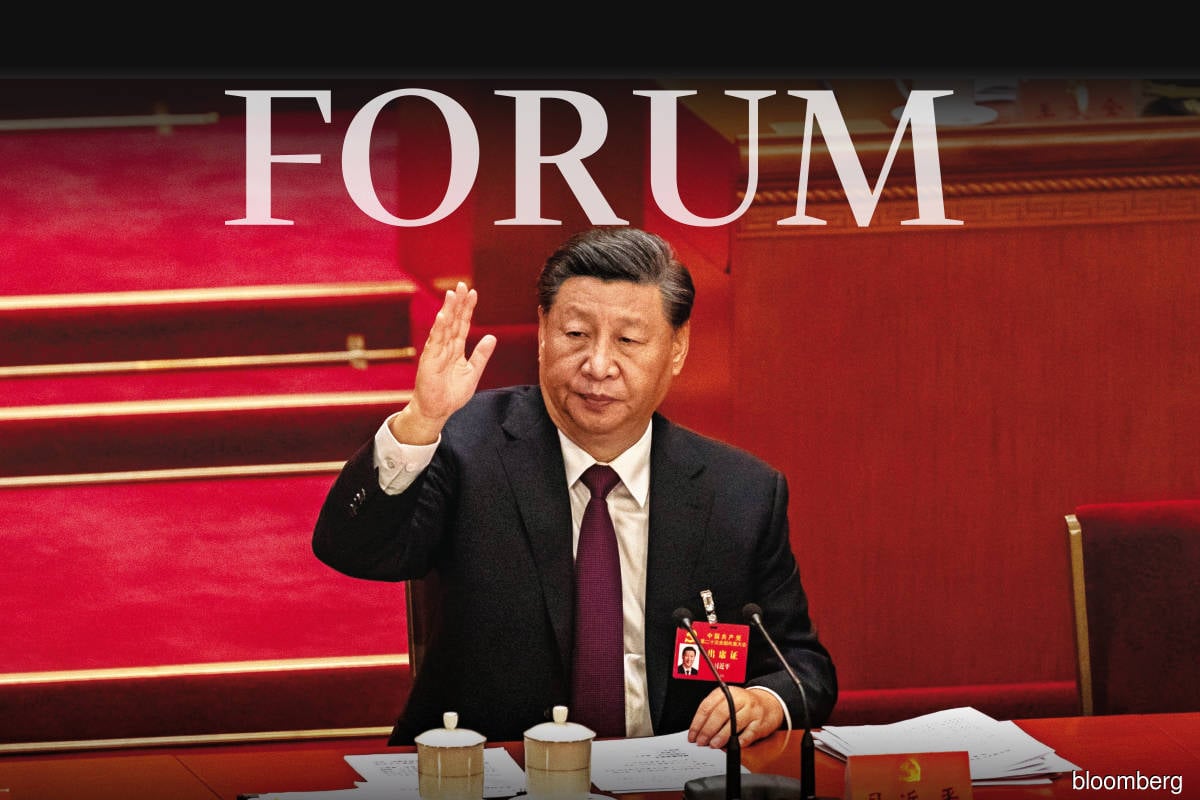 After the 20th National Congress of the Chinese Communist Party, Xi has established a fundamentally new political regime that the region must adapt to

Make no mistake about this: The Chinese Communist Party’s (CCP) 20th party congress resulted in President Xi Jinping establishing a fundamentally new political regime in China. This will have immense consequences for China, its neighbours and beyond. Domestic economic strategy will shift, affecting China’s trading and financial interactions with its economic partners. The harder-edged foreign policy that Xi brought in will not only continue but expand. Being so close to China and increasingly integrated into its economy, Southeast Asia cannot avoid being impacted. The region must adapt to this new China through diplomacy as well as by improving its capacity to manage the economic consequences of the new China.

What changes has Xi wrought?

First, Xi has created a new governance structure in China. The striking characteristic of this new regime is Xi’s near-total dominance. His loyalists fill up the entire top leadership body of the CCP, the Politburo Standing Committee. It has been rare since Communist rule began in 1949 for the CCP leadership to be so entirely under the sway of one man and his acolytes the way it is today, with virtually no space afforded to those with differing factional or ideological leanings. Even a towering figure such as the founder of the People’s Republic of China, Mao Zedong, tolerated having at least a few senior leaders with different views in the Politburo Standing Committee, such as Zhou Enlai and Marshall Ye Jianying, even though he kept them constrained. Similarly, Deng Xiaoping had allowed senior colleagues who disagreed with his opening-up reforms to remain in key positions.

In addition, Xi has also moved away from the norm that the great reformist leader Deng established, of a two-term limit on the party leader’s time in office. That has enabled him to secure a precedent-breaking third term as CCP General Secretary. Another practice that he has dropped is that of leaders retiring from key posts at the age of 68. His allies appear to have been exempt from the rule but not those from other camps such as Premier Li Keqiang and former senior Politburo member Wang Yang. They were dropped from the top leadership even though they had not reached that age.

Finally, Deng’s approach of separating the state from the party has also been steadily weakened during Xi’s tenure as party chief, with party committees in key areas now effectively running government business. Also, the practice of promoting leaders to the top tier only after gaining experience in central government work has also been set aside. Virtually all the incomers into the apex of power have spent most of their careers in the provinces. Most have little or no cabinet-level experience and neither do they have much exposure to international affairs.

The second big change is that Xi used his speech and work report to signal a major shift in ideology. This is clear in three major areas:

• The most striking change is that security issues have now been prioritised well ahead of economic development. This reflects a more sombre view of the external environment. It was quite telling that the work report Xi submitted excised the phrase used in every party work report since 2002, that China was in a “period of strategic opportunity”. Instead, the talk was all about “black swan” and “grey rhino” events, which meant that China “must be ready to withstand high winds, choppy waters, and even dangerous storms”.

• Another change that was telegraphed was a shift from the market to the state. Party members were told to “consolidate the public economy” while simultaneously “encouraging the non-public economy”. There were hints in the work report that the state should be involved in the “strategic” allocation of resources for the development of new technologies while also being involved in “the strategic deployment of human capital”.

• A third big change was the inward turn in policymaking. The report spoke of the need for “national self-reliance” in science and technology. This change of tone was emphasised in Xi’s speech where he spoke only of a “high level of opening to the outside world” unlike in previous years when the reference was more explicitly to the “centrality of reform and opening”.

In short, we have to get ready for a new China. It will be dominated by one leader to an unusual extent, with all the potential pitfalls that could bring. The role of the market and private enterprise will still be preserved but the state will play a bigger role. China will also be more inward-looking and prioritise self-reliance to a greater extent than we saw in the period of opening up from 1978 until recently.

As a result, how China affects the region will change

First, there is a higher risk of policy errors in economic management. At one level, it may seem helpful for China that a visionary leader backed by a unified CCP can now move ahead with coherent policies that can be rapidly implemented. But history tells us that there are potential downsides with such dominance:

• The fatal flaw in such political systems is often the high risk of a messy succession should the great leader die or became suddenly incapacitated. The absence of a clear successor among the top leaders emerging from the latest party Congress underlines the risk of a period of leadership incoherence should the worst happen.

• The lack of checks and balances in such a system must raise the risk of policy errors or fundamental misjudgements in domestic or foreign affairs, as was the case during Mao’s rule.

• A major reason why the CCP has so far avoided the fate of the now-defunct Communist Party of the Soviet Union has been the CCP’s ability to adapt and adjust to changing circumstances and unexpected challenges and opportunities. Whether the political regime Xi has now constructed can maintain this flexibility is moot, especially given the more ideological view that is now entrenched in party thinking.

• Recent policy moves and the growing difficulties in China’s economy seem to indicate that the risk of errors is rising. Few observers will disagree that the current central government approach to managing the pandemic has been overly rigid and implemented over-zealously. Signature policies to rein in the growth of debt and reduce speculative conduct in the property sector had the right intentions but the inflexible manner of implementation has resulted in damaging consequences for the economy.

It is a great concern to us that despite the clear evidence of a slowing economy and the doubtful consequences of current Covid management policies, policies have been slow to change. This reluctance to adjust policies in the light of actual experience could reflect policymakers’ willingness to take more risks in order to achieve Xi’s objectives of bringing down debt levels and rectifying imbalances in the property sector. The net effect is that the chances of an unintended slowdown in China which then hurts the rest of Asia are quite high.

Second, we should expect new directions in foreign policy. This apparently overriding commitment to security suggests that China is likely to craft a new path in foreign policy, one in which security becomes the new paradigm that underpins many aspects of how China interacts with the rest of the world.

• First, actions taken to defend security could be justified even if they are taken at the expense of the economy. The security paradigm could result in a sort of paranoia in the state machinery that results in overreactions. We have already seen how such overreactions could take place — for the better part of the year, local government officials were locking down their provinces at the first sign of trouble to keep in line with the zero Covid policy.

• Second, the need to protect security interests could also lead to a much more aggressive China on the world stage that fuels geopolitical tensions.

• Third, the new directions hinted at in the work report could lead to greater tensions with the US and the West. The report charted a new path with its explicit reference to a “strategic deterrent capability”, which we interpret to mean a further strengthening of the nuclear deterrent. The US will certainly not respond passively to an expanded Chinese nuclear force — we are likely to see an accelerated arms race.

• Fourth, we are likely to see a revamp of signature policies Xi used to raise China’s profile in the world. For example, the Belt and Road Initiative appears to have been downgraded. The new emphasis was on two big new initiatives — the Global Development Initiative and the Global Security Initiative — which have yet to be fleshed out.

The bottom line: Southeast Asia needs to prepare itself for a new era in relations with China

First, the region will have to gird itself for a refreshed diplomacy in its dealings with China. The new China will be keen on friendship with Southeast Asian nations given the vital strategic position of the region straddling the Strait of Malacca and the South China Sea, both sea lanes of communications which are critical to China’s security. However, given the intensified competition with the US, there will also be a sharper edge to China’s dealings with the region. It will be less compromising in how it defines and defends its core interests. China is likely to be more active militarily where these sea lanes of communications are concerned — whether the region’s governments like it or not.

Second, a new approach in economic policy is also needed.

• In the near term, the downside risks to the Chinese economy are rising. The region should build buffers against the potential impact of a Chinese downturn. It should be ready to boost demand if Chinese import demand weakens. Also, it should strengthen buffers against the financial market turbulence that might ensue should China encounter serious economic difficulties — including a much weaker yuan and abrupt capital outflows from our equity and bond markets should risk aversion worsen.

• Over the longer term, the region also needs to adjust itself to a more inward-oriented China, one where the higher-value intermediate goods and components we currently sell to China may be displaced by domestic production. We need to find niches of demand in China where China will still need value-added stuff produced in the region. In Indonesia’s case, its so-far successful industrial policy of requiring processing of commodities to be done onshore may be one path to emulate. As a result of Indonesia’s policies, for example, nickel will be processed locally rather than be exported in crude form as before. There has been a massive inflow of foreign direct investment in nickel processing — which has also had the added benefit of encouraging the growth of battery manufacturing in Indonesia to serve the expanding electric vehicle market.