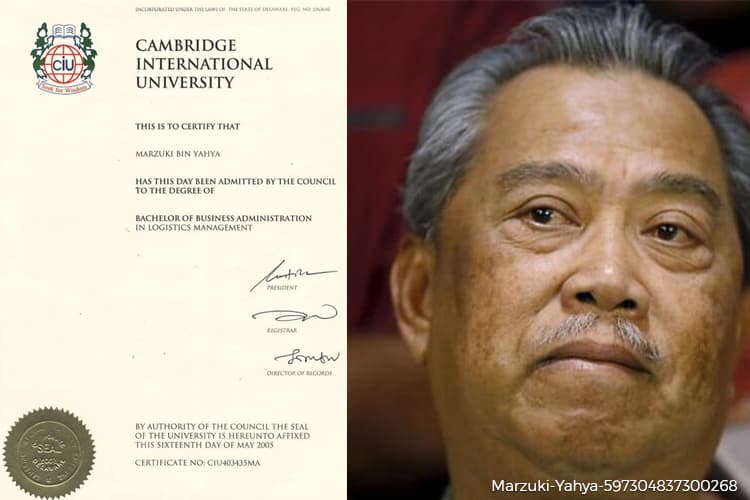 SEMENYIH (Feb 12): Tan Sri Muhyiddin Yassin said today he is satisfied with the explanation given by Datuk Marzuki Yahya over his academic certificate and the latter remains as the secretary-general of Parti Pribumi Bersatu Malaysia (Bersatu).

“I feel he has given a sufficient explanation. People can say what they want but I have sat down with him, and I am satisfied with his explanation,” the Bersatu president told reporters after a working visit to the 4th  Battalion General Operations Force of the Royal Malaysia Police, here. Also present was Deputy Inspector-General of Police Tan Sri Noor Rashid Ibrahim.

Muhyiddin, who is the Home Affairs Minister, said Marzuki’s position as the deputy foreign minister would be determined by Prime Minister Tun Dr Mahathir Mohamad.

The issue of Marzuki’s academic certificate came about after a political activist lodged a police report against a Facebook account holder who had claimed that the distance-learning programme for the business administration course pursued by Marzuki did not exist at the University of Cambridge, England.