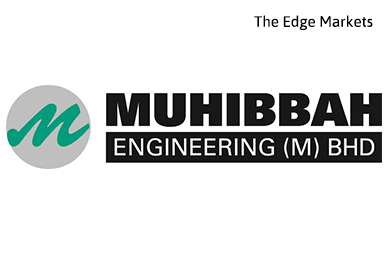 KUALA LUMPUR (April 27): Shares of Muhibbah Engineering Bhd rose today after AllianceDBS Research said Muhibbah was in a position to trade higher and said the stock had on April 24 15 crossed over the RM2.52 hurdle to reach a high of RM2.55 before closing at RM2.51 (+9 sen, +3.71%).

In its evening edition last Friday, the research said Muhibah (Fundamental: 1.10; Valuation: 0.80) continued to trade above the 20-day and 50-day moving average lines.

It said following the up close on April 24, the stock was likely to move between RM2.36 and RM2.52 in the coming few days.

It added that a crossover of RM2.52 again should see further price rise to the next overhead resistance zone, RM2.60 – RM2.70.

“However, a fall below RM2.36 would put pressure on the stock down to the subsequent support at RM2.29.

“Indicator wise, the MACD is above the 9-day moving average line,” it said.