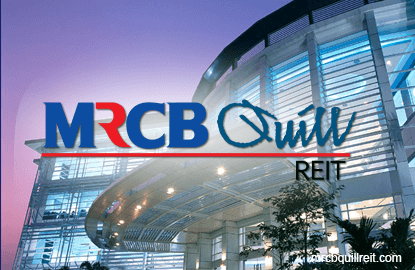 "As compared with the preceding year corresponding quarter, the revenue is higher by 81.4%, mainly due to additional revenue arising from the acquisition of Platinum Sentral on 30 March 2015, higher revenue from Plaza Mont' Kiara and rental rate increases for some properties," MRCB-Quill said.

The company said this came amid a challenging economic environment.

“Based on the lease expiry profile with the inclusion of Platinum Sentral into the trust's portfolio, 25% of the total net lettable area is due for renewal in 2015.
As at Sept 30 2015, 46% of these leases have been renewed, while 4% has not been renewed.

"The balance of the leases due for renewal in 2015 is due in the fourth quarter of 2015, and currently, the manager is in the midst of finalising the renewal terms for these leases," MRCB-Quill said.