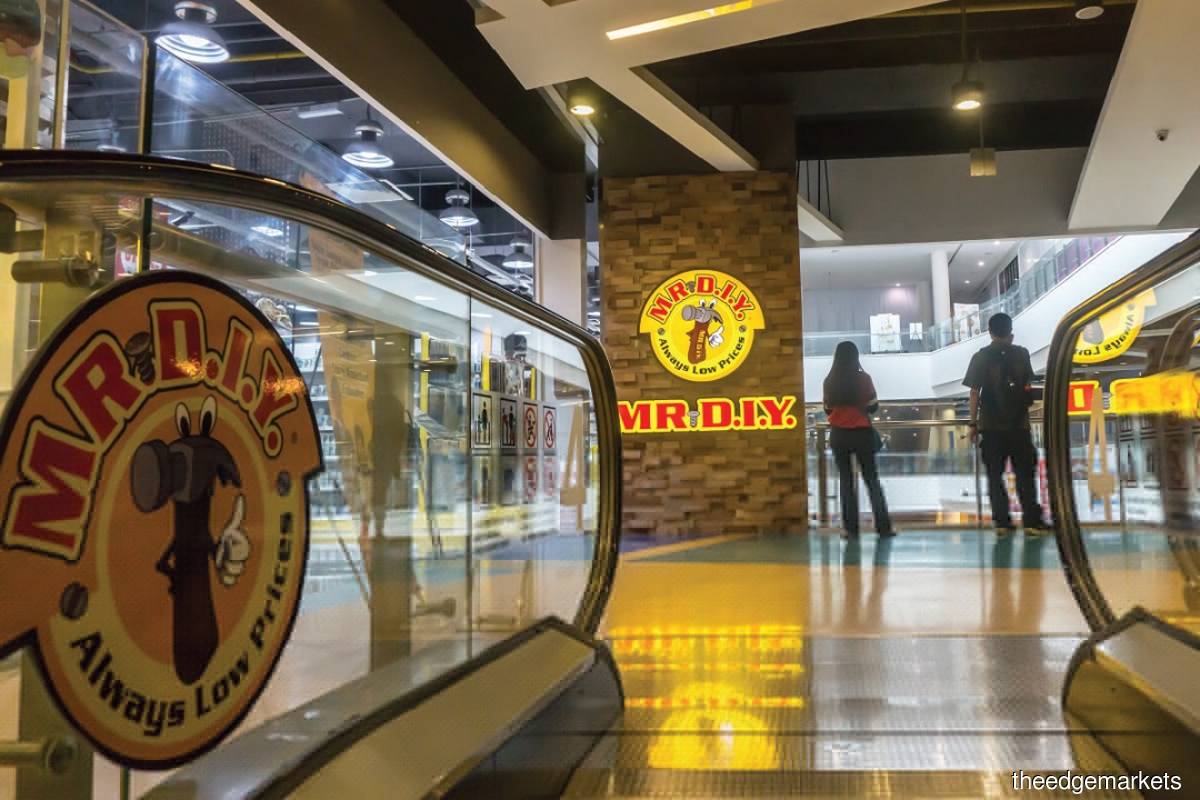 Given the bullish earnings forecast, Kenanga Research pegs its target price for MR DIY at RM4.10, valuing the home improvement outlet chain at a price-earnings ratio of 36 times of its earnings forecast of FY22.

On the-back-of-an-envelope calculation, MR DIY will be valued at nearly 57 times of profit forecast of FY21 based on the target price of RM4.10.

Kenanga Research's forecast is the highest among analysts who track the company, according to Bloomberg. The market consensus forecast of MR DIY's net profit is RM517.7 million in FY21 and RM647.2 million in FY22. In a note to its clients on Wednesday, Kenanga Research said it believes MR DIY deserves a high premium as its forecast three-year average (FY19-22) net profit compound annual growth rate (CAGR) of 31% is higher than its regional peers' 10%.

The company posted a net profit of RM124.79 million in the first quarter ended March 31, 2021, more than double of RM58.46 million achieved in the previous corresponding quarter. Quarterly revenue jumped to RM870.18 million from RM534 million the year before.

"We are positive on MR DIY for its robust growth potential driven by both higher market demand for its products and store expansion, strong GP (gross profit) margins (above 40%) with the absence of near- and long-term margin volatility thanks to its supply source, China's massive economies of scale, the robust balance sheet providing it ample cash for expansion, and its net cash position ahead allowing MR DIY to deliver sustainable dividends," he said.

Despite the ongoing Covid-19 pandemic, the analyst noted that the group saw a 63% top line growth year-on-year, underpinned by its large networks all over Malaysia and Brunei.

The home improvement retail space in Malaysia is expected to chalk a CAGR of 10.2% between FY19 and FY24.

"It is still largely under-penetrated, thus offering the group an opportunity to open new stores and new catchment areas — as such, it is targeting to open 175 stores each year in FY21/22 (FY20: 141 stores opened).

Furthermore, Kenanga Research expects the group to achieve a net cash position in FY21, comfortable enough to comply with its 40% dividend payout policy and fund further expansion in FY22.

"[The company's] gross margins have been stable and robust, with gross margins averaging 43% (FY17-20) despite having over 72% of its products sourced from China whose economies of scale have kept imported product costs low and helped further by a favourable ringgit against the yuan.

"The introduction of MR TOY is likely to sustain margins further. Its product mix is reviewed every quarter and changes are made if needed to maintain these robust margins," added Ahmad Ramzani.