Mr DIY going against the grain 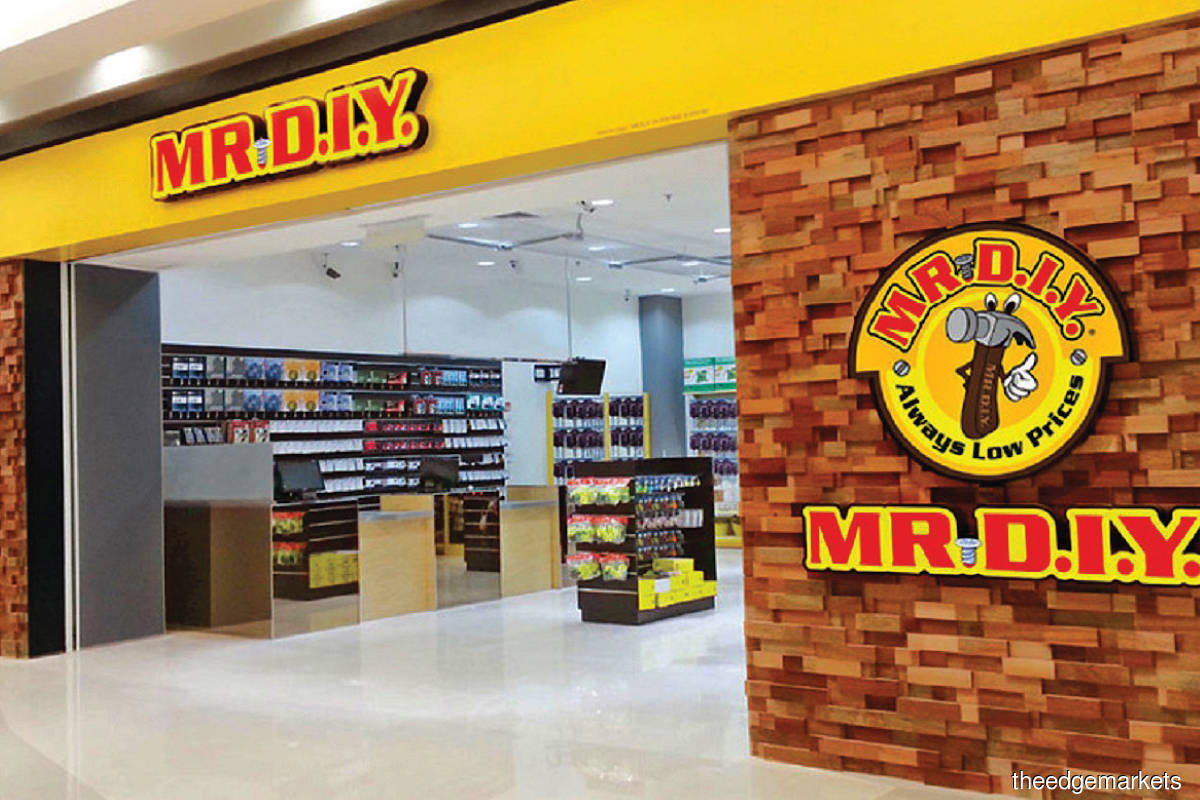 MR DIY Group (M) Bhd is going against the general retail trend. Whereas other retailers are scaling down operations or rethinking expansion strategies in the current Covid-19 pandemic, the recently listed home improvement retailer is looking to open 175 new stores this year across its three brands — Mr DIY, Mr Toy and Mr Dollar.

“Moving forward, we remain committed to our strategy of creating sustainable growth via the strategic and disciplined expansion of our store network across our three brands: Mr DIY, Mr Toy and Mr Dollar, while increasing sales in existing stores and expanding our e-commerce business. It’s a multi-pronged strategy that we are confident will deliver results,” Mr DIY CEO Adrian Ong said in a recent press statement.

Credit Suisse notes in a report that the location of the group’s new stores will provide it visibility for the next six months. Currently, 55% of its stores are in malls while the other 45% are standalone.

Unsurprisingly, Mr DIY’s strategy has captured the attention of analysts, who believe its expansion plans will drive sales growth going forward. Many are also looking at improvement in same-store-sales growth (SSSG) to further drive earnings.

For the financial year ended Dec 31, 2020, Credit Suisse highlights that Mr DIY’s SSSG amounted to 4.4% — more than double the 1.8% seen in 2019. “This was helped by a much stronger 2H2020, when Mr DIY stores were allowed to reopen after the lifting of the first Movement Control Order,” the research house observes.

During the MCO in March and April last year, the home improvement group did take a hit as the number of stores open for business as well as operating hours were limited. But it rebounded quickly in May when the movement restrictions were eased after the number of daily Covid-19 cases declined.

Impact of MCO 2.0 expected to be less severe

CGS-CIMB Research opines that while the reimposition of the MCO may negatively impact footfall in the first quarter of 2021, the impact will not be severe as only less than 2% of its total store base are closed during the current restrictions.

However, it says gross margin pressure could arise from higher logistics costs due to heightened freight rates. Nevertheless, it expects cost pressures to ease in the second half of the year and average revenue per store to recover to pre-pandemic levels by year end following the gradual rollout of Covid-19 vaccines in Malaysia. The research house is expecting net profit growth of 39% in FY2021.

Last Wednesday, Mr DIY announced its FY2020 earnings, which came in slightly above consensus’ expectations. Group revenue for the full year grew 12.4% to RM2.56 billion from the previous year, which it attributed to a strong 2H2020 performance, despite the mandatory closure of stores during the MCO, as well as positive contribution from new stores added during the year.

The group’s e-commerce platform accounted for 0.8% of sales in FY2020 and Hong Leong Investment Bank Research expects e-commerce efforts to be ramped up given that Mr DIY intends to gradually invest in warehouse automation.

Maybank Investment Bank Research is projecting earnings growth of 46% in FY2021, premised on robust growth in average revenue per store and consistent new store openings. “We have imputed 175 net new stores in FY2021, along with strong SSSG growth of 13% y-o-y on better economic recovery. Sequential earnings are also expected to be higher due to increased sales volume from Chinese New Year festivities,” it notes.

Since its listing in October last year, Mr DIY has seen its share price more than double from RM1.50 to RM3.89 at last Friday’s close. This values the group at RM24.42 billion.

The stock is currently trading at its highest since listing, having exceeded the average 12-month consensus target price of RM3.69. There are seven “buy” calls and three “hold” on the stock.

MR DIY’s forward price-earnings ratio (PER) based on consensus estimates is hovering at 49.38 times, a generous premium to its regional peers in the home improvement market, which average 31 times.

However, RHB Research believes that the group should be compared with large-cap consumer stocks such as Nestlé (M) Bhd and QL Resources Bhd, which have a forward PER of 56 times despite their superior earnings growth profile. “We expect the gap to narrow in view of the market’s pursuit of sizeable shariah-compliant consumer stocks and the high possibility of Mr DIY’s inclusion into the FBM KLCI in the next review,” it says.