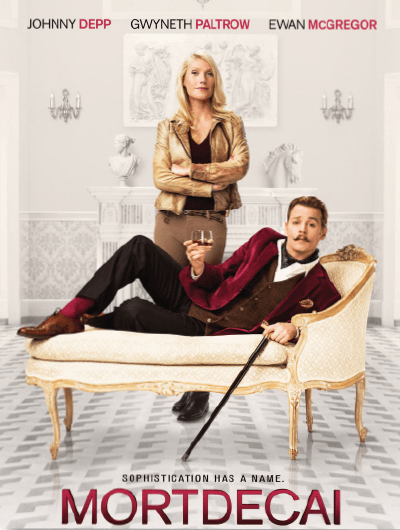 Plot: Johnny Depp stars as Charlie Mortdecai, a cash-strapped British aristocrat and protagonist, roped in by Alistair Martland (Ewan McGregor), an MI5 officer to help solve the death of a highly-regarded art restorer.

Mortdecai starts off promisingly — the mysterious death of an art restorer, a stolen million-dollar painting — it smells tantalisingly like a Sherlock Holmes story of sorts, especially as almost all the key characters are British and speak with posh English accents, dress like 19th century gentlemen and sport seriously outdated hairstyles.

Depp’s eccentric character comes off as rather amusing at first, but slowly starts to get under your skin — his thoughtless, offhand comments about the world are off-putting and frequently make no sense. You’d think that Mortdecai is a movie about an 18th century time-traveller with a ridiculous obsession with his moustache who’s suddenly thrown into the 21st century… thus his seeming incomprehension about the world around him.

Gwyneth Paltrow’s character, Johanna (Charlie’s wife) is hardly any better. In fact, all she does is waltz around the place, using her charms to entice Martland into providing more details about the case to her.

Perhaps the most likeable character in the entire movie is Charlie’s servant and right-hand man, Jock (Paul Bettany). A hilarious man of few words, he magically appears at every corner whenever Charlie is in some dire need of heroic live-saving stunts. 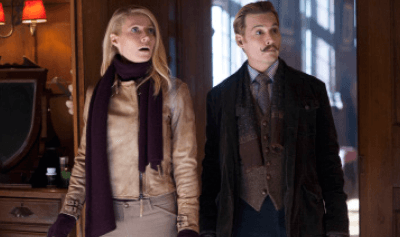 Throughout the movie, Charlie follows a trail of clues around the world in order to discover the secret behind the stolen painting, which is finally discovered to be a lost Goya masterpiece that was stolen by the Nazis during World War II. Aside from the fact that this Goya is worth millions, there is a purported account number written on the back which holds untold treasures from the Nazis’ plunder.

This unravelling seems to be the Mortdecais’ answer to solving their monetary woes and to get rid of their debts once and for all. Obviously though, this priceless Goya also attracts the attention of many a con artist and criminal all hoping to keep the riches to themselves.

There is a sort of glitz and glamour to all the shots; reminiscent of Baz Luhrmann’s The Great Gatsby (2013) that looks to be a fusion of part-fiction, part-reality … although with less flair. Catch Mortdecai only if you can’t find anything else to watch, and even then, watch it without turning on your brain. It’s a fun movie to watch for the somewhat decently written mystery, but perhaps try to ignore the script which fails at trying very, very hard to be funny.

This article first appeared in The Edge Financial Daily, on February 4, 2015.