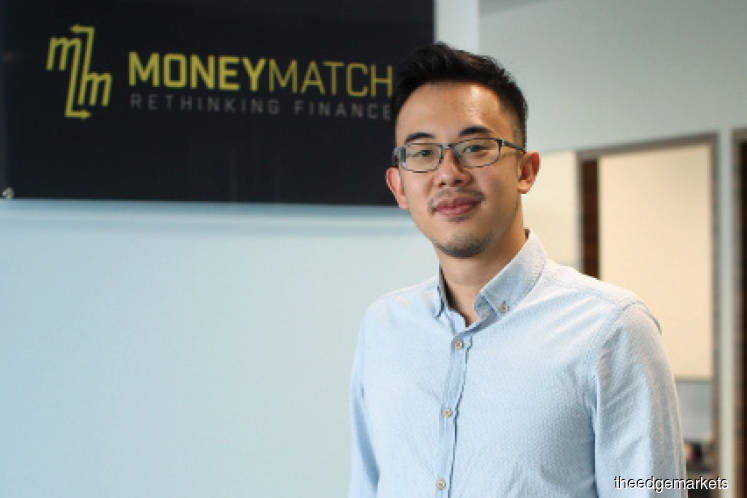 “Our service basically caters to the underbanked section of the SME market where they don't have enough volume to get better rates from the banks and they are subject to whatever the banks offer them,” its chief executive officer Adrian Yap told The Edge Financial Daily.

Yap said the Malaysian home-grown fintech company hopes to come in and fill the gap in the industry through its Transfer platform.

The platform also caters to individuals who want to send money overseas, such as parents funding their children who are studying overseas, as well as foreigners sending money back home.

It also features a one-time online customer verification known as an “eKYC” or “electronic know your customer” feature, which is the first financial services company to introduce this in Malaysia. Yap said this is made possible by the regulatory sandbox framework introduced by Bank Negara Malaysia in June to regulate the different nature of fintechs as opposed to conventional financial institutions.

MoneyMatch fully operates online, and thus involves low operation cost. It likens itself to how app-based companies Uber and Airbnb operate, where the savings are then passed back to customers and help improve their profit margins.

“The way we look at making money is actually not too different from how a bank or a treasury unit makes money, but without the physical cost,” its co-founder Naysan Munusamy said of MoneyMatch’s business model.

In the past few months, the Transfer portal has been available to select users as beta testers who have conducted transactions worth over a few million ringgit to over a dozen countries abroad. Through its eKYC feature, the platform has digitally onboarded close to 700 customers, both enterprises and individuals, as well as onboarding a public listed corporate along the way.

Yap noted that the regulatory support within the fintech space has been vital in growing the trajectory of the business to where it is now, specifically when the Securities Commission Malaysia emerged as the first regulator in Asean to come out with regulations for the fintech industry two years ago.

“I think that there are a lot of misconceptions about BNM. They are actually very supportive with regard to fintech, innovation and also the sustenance of [the] financial industry as a whole,” he said, noting that the central bank’s core role is to protect people from financial scams.

Coming out as a fintech start-up is definitely a challenge for MoneyMatch to convince potential customers that they can be a viable alternative to the more established banks and remittance service providers. Towards this end, Yap said the company is approved by BNM as part of the regulatory sandbox.

“It is important to note the level of regulatory scrutiny that has been placed on us. We actually adhere to the same regulatory requirement and scrutiny as the banks or other remittance players as well, so the risks and penalties [imposed on us] are similar,” he said.

MoneyMatch’s next product called “Exchange” is expected to be launched at the end of this month, which according to Yap, is “possibly the first regulated mobile peer-to-peer currency exchange platform in the world”.

“We don’t aim to replace banks [at cross-border remittances] altogether, but more as an alternative or extra option for consumers to consider if they are looking for better rates,” said Yap.