MMC to issue up to RM1.5b from sukuk for debt refinancing 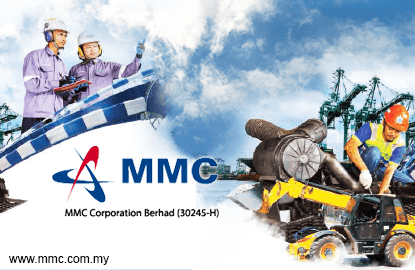 KUALA LUMPUR: MMC Corp Bhd will issue up to RM1.5 billion in sukuk murabahah programme, which will be largely utilised to refinance the conglomerate’s existing borrowings.

In a statement yesterday, Malaysian Rating Corp Bhd (Marc) said it had assigned a rating of AA-IS with a stable outlook to MMC’s proposed sukuk.

“The rating considers MMC’s strong competitive position and healthy operational track record of its ports and energy concession assets as well as in engineering and construction.

“The rating also factors in the dividend-paying ability and track record of its key subsidiaries and associates to service the holding company’s financial obligations,” said Marc.

“Moderating the rating is the potential increase in debt at its subsidiary levels to finance ongoing capital requirements and/or to undertake investment activities,” it said.

“The stable outlook incorporates our expectations that MMC would maintain its credit metrics within its current rating band. Any significant increase in its leverage position as a result of debt-funded acquisitions could result in downward rating pressure,” Marc warned.

Marc noted that to date, MMC’s subsidiaries and associates have successfully raised funding without any recourse to the holding company.

It has to date sold approximately 243ha of SAC land for about RM850 million.